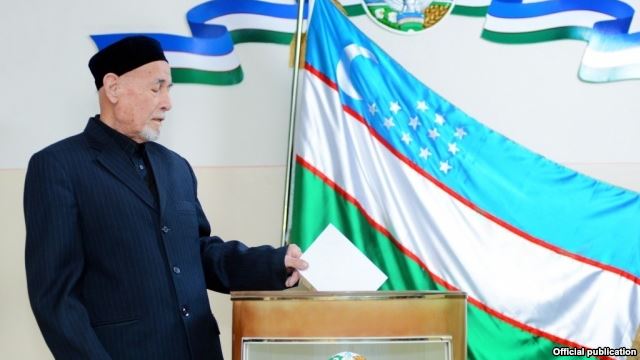 In accordance with the law “On elections of President of the Republic of Uzbekistan”, political parties should collect in support of their presidential candidate signatures of at least 1 per cent of the overall number of voters in the Republic of Uzbekistan, and their signature lists should contain signatures of voters representing not fewer than 8 administrative-territorial units.

The Samarqand Regional council of the movement of entrepreneurs and businessmen – the Liberal Democratic Party of Uzbekistan is also carrying out this process at works, enterprises, neighbourhoods and educational establishments in conformity with provisions of legislation. In this effort, possibilities of the party’s district and town councils and more than a thousand of its primary organizations are being used productively.

“The collection of signatures is one of the important initial stages of the election campaign. Therefore, every active member of our party is making a responsible approach to this work. In accordance with our country’s effective legislation, the number of voter signatures in lists of signatures should amount to at least 1 per cent of the overall number of voters in the country. There are 2 million 373 thousand 738 voters in Samarqand Region, and 1 per cent of this number is 25 thousand. So far our party has collected more than 20 thousand signatures in support of the candidate put forward,” says the chief of the organizational-party work department of the party’s regional council, Jahongir Khojamqulov.

In the process of collecting signatures, the regional council of the party is conducting large-scale propagation events for the purpose of raising people’s political activeness and increasing the election-related awareness of citizens, especially young people voting in elections for the first time.