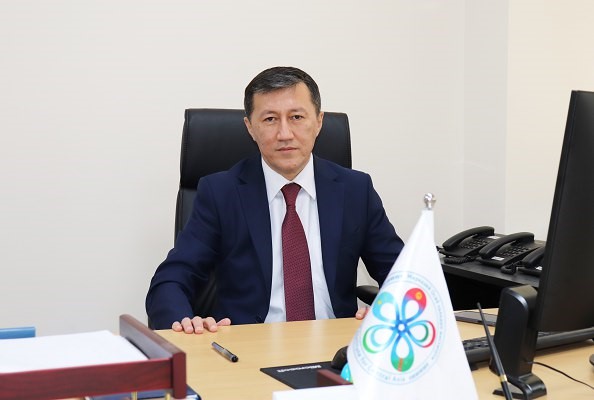 Active and pragmatic foreign policy, pursued under the leadership of the President of the Republic of Uzbekistan Shavkat Mirziyoyev, strengthens the role and authority of the country not only in the region, but also on a global scale, and increases its influence on the international process.

Multilateral collaboration with international and regional organizations, in particular, Uzbekistan’s participation in the activities of the Shanghai Cooperation Organization, is of particular importance.

The transfer of the chairmanship of the Organization to Uzbekistan for 2021-2022 has become a logical continuation of our active and open foreign policy, implemented over the past 6 years.

At Dushanbe SCO Summit 2021, President Shavkat Mirziyoyev outlined the most priority areas of chairmanship in the Organization, such as intensifying joint efforts to ensure peace and stability in the SCO space, deepening trade, economic and investment cooperation, expanding transport and communication ties, interaction on poverty reduction, ensuring food security, wide use of the existing potential in healthcare, cultural and humanitarian spheres, and in the fight against climate change.

Over 80 events were held in all areas of cooperation during Uzbekistan’s chairmanship in the SCO.

As a result of large-scale events held at the upcoming summit, it is planned to submit more than 30 documents for signing.

Undoubtedly, one of the main goals of the Samarkand Summit is the issue of further expansion of the SCO family. Within the framework of the Council of Heads of State, a Memorandum is expected to be signed on the Commitment of the Islamic Republic of Iran to obtain the status of an SCO member.

This will become an important step in the implementation of the decision taken last year to start the process of admitting Iran to full membership.

In addition, a decision will be made to expand the membership of observer countries and partners in the SCO dialogue.

Documents on establishing cooperation between the SCO and several international and regional organizations are expected to be signed at the summit.

Another important document that is being prepared for adoption is the Comprehensive Plan for the Implementation of the SCO Treaty on Long-Term Good-Neighborliness, Friendship and Cooperation for 2023-2027.

This strategically important document was developed on the initiative of the President of the Republic of Uzbekistan Shavkat Mirziyoyev and received the support of all SCO member states.

The draft plan includes cooperation in all areas within the Organization, currently, it contains about 120 events. The main attention is paid to the development of trade and economic relations. Thus, specific measures were defined to further strengthen industrial cooperation, partnership in investment, energy, transport, information and telecommunications, agriculture, customs and other spheres, logistics, as well as the agencies responsible for their implementation.

This Treaty can be compared in importance to the SCO Charter. If the Charter is the “soul” of the Organization, its “compass”, then the Treaty is the “conscience” of the SCO. Each member state is responsible for contributing to its implementation.

This document is aimed at ensuring the correct, rhythmic and stable functioning of the “compass” that enables the Organization to stay on the chosen path.

The Charter and the Treaty are the foundation for the political and legal relations of the SCO, determining its philosophy and image for the long term, for the entire period of the existence of the Organization.

The main features of the Treaty are that each provision of the document meets the national interests of all member states, as well as the goals of long-term joint development on the vast expanse of the SCO.

Therefore, the Comprehensive Plan submitted for signing and the specific measures indicated in it will serve the interests of all SCO member states without exception, including Uzbekistan.

The total area of ​​the SCO member states is 34 million km², which is 60% of the Eurasian continent. The population of the member states is nearly 3 billion people or about half of the world’s population. The SCO countries account for 20% of the global economy.

By accepting Iran as a full member, the SCO opens the door to the Middle East, which is considered a strategically important region.

It is obvious to everyone that the key to the Organization’s success is multifaceted cooperation and openness. Therefore, the structure appears as a convenient platform for an open dialogue, and a broad interregional partnership.

Uzbekistan – one of the founders of the Shanghai Cooperation Organization

Uzbekistan is always recognized as one of the leaders in determining the further strategy for the development of mutually beneficial cooperation within the framework of the SCO.

We consider the SCO as an instrument in the fight against terrorism, extremism, separatism, transnational organized crime, drug trafficking, as well as an Organization that promotes the development of multifaceted cooperation in trade, economic, transport, cultural and humanitarian spheres.

Our country has chaired the Organization three times before. At the initiative of Uzbekistan in 2004, the Regional Anti-Terrorist Structure of the SCO was established in Tashkent. The format of meetings of security council secretaries was introduced. A mechanism for granting observer status in the SCO was launched.

At the meeting of the Council of Heads of Member States, held in Tashkent in 2010, the Organization's rules of procedure and the Regulations on the procedure for admitting new members were adopted.

One of the main results of the Tashkent Summit of the Shanghai Cooperation Organization in 2016 was the signing of memorandums of commitment between India and Pakistan to obtain the status of the SCO member state. This served to strengthen the Organization’s potential and further enhance its role in the international arena.

Since 2017, our country has become the leading initiator of further developing cooperation within the SCO.

For five years, the President of Uzbekistan has put forward 54 initiatives at the SCO summits to improve the effectiveness of cooperation in political, trade, economic, transport and logistics, innovation and other spheres. 37 of them have been implemented, 17 more are under implementation.

At the Dushanbe Summit, several initiatives put forward by the Uzbek side were adopted – the SCO Green Belt Program, the SCO Interaction Plan on Ensuring International Information Security, the Concept of the SCO Economic Forum, as well as the Regulations on the Tourism and Cultural Capital of the SCO.

As the analysis shows, in terms of ongoing initiatives, Uzbekistan takes a leading position in the SCO. If in past years the Uzbek side was mainly active in security, now it focuses on the need for building up the overall potential through such areas as the economy, transport and logistics, innovative and digital development, cultural and public diplomacy.

The strategy being implemented in the SCO space at the initiative of Uzbekistan’s President is based on such important principles as constructiveness, pragmatism and initiative.

The superiority of Uzbekistan’s foreign policy is expressed in the fact that the initiatives put forward by Tashkent within the framework of the SCO, in particular those aimed at sustainable development of the region, fully meet the national interests of the member countries. Therefore, these initiatives are widely supported by all SCO member states.

Activities carried out under the chairmanship of Uzbekistan on the eve of the summit in Samarkand enriched the activities of the Organization with concrete and effective, new and important projects. We can say that Uzbekistan has withstood another difficult political test with honor.

The results of Uzbekistan’s chairmanship in the SCO will be summed up at the summit, which will be held on September 15-16 in Samarkand.

We are confident that it will become a major political and diplomatic forum and will go down in history as an important step toward the further development of the Organization.

Director of the International Institute for Central Asia