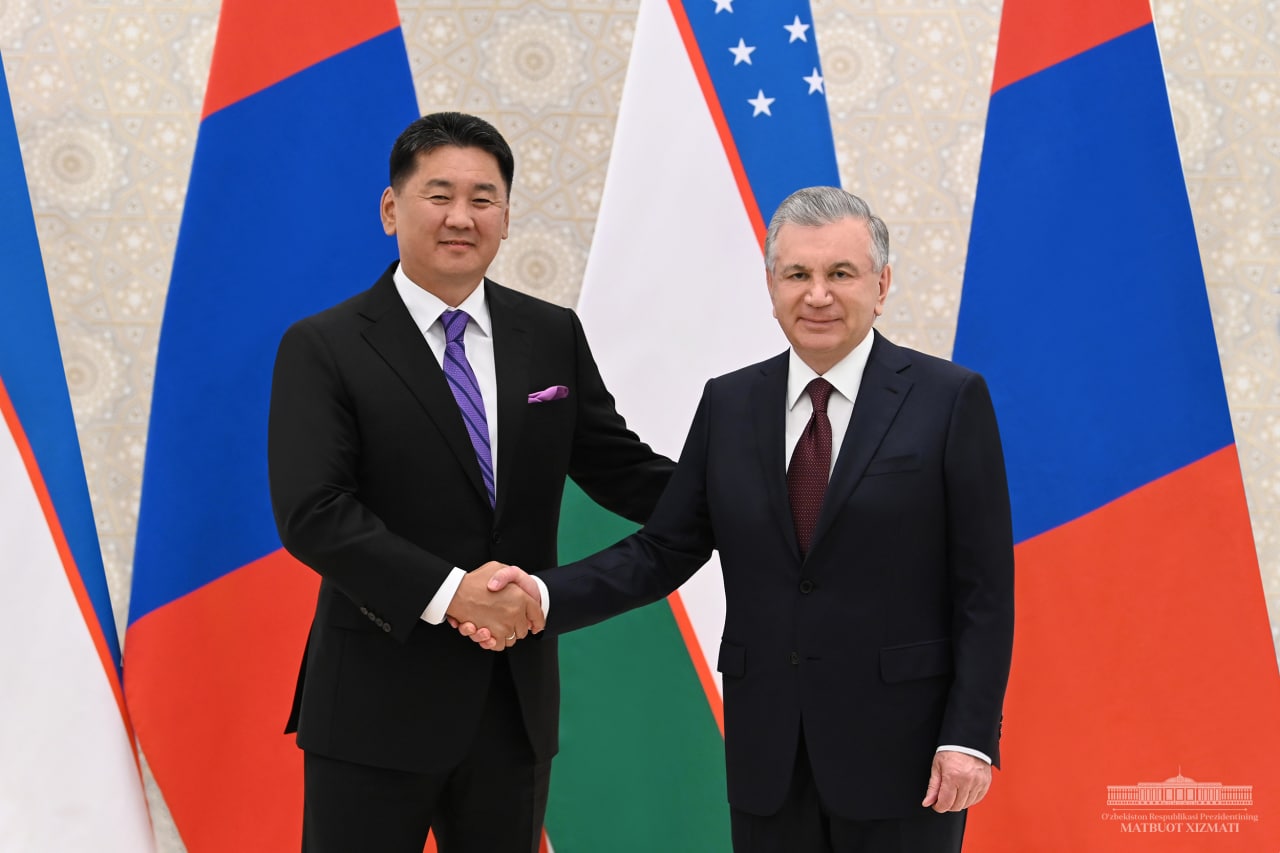 On September 14, the President of the Republic of Uzbekistan Shavkat Mirziyoyev held a meeting with the President of Mongolia Khurelsukh Ukhnaa, who arrived in Samarkand as a part of the program of the next summit of the Shanghai Cooperation Organization.

At the beginning of the meeting, the Presidents exchanged the sincere congratulations on the occasion of the 30th anniversary of the establishment of diplomatic relations.

The issues of activation of Uzbek-Mongolian cooperation were considered.

The Presidents of the two countries highly appreciated the results of the first Uzbek-Mongolian business forum held in Tashkent in June this year.

The broad opportunities for further expansion of trade and economic cooperation were noted. A special attention is paid to the formation of the necessary contractual and legal framework and the promotion of specific projects and programs of joint cooperation, primarily in the agro-industrial sphere.

They expressed interest in deepening the cultural and humanitarian exchanges and the interregional ties.

The President of Mongolia noted the productive chairmanship of Uzbekistan in the Shanghai Cooperation Organization and wished a successful summit.

Following the meeting, an agreement was reached to give a systematic character to political and economic contacts between the two countries, as well as to adopt a «Roadmap» for further enhancing mutually beneficial cooperation.