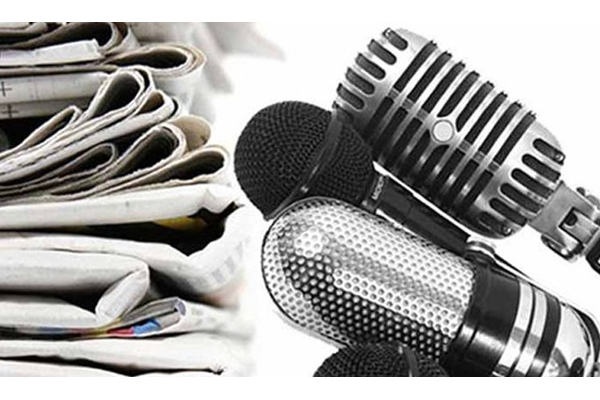 Having set itself the task of joining a number of developed countries of the world, Uzbekistan is confidently moving along the path of democratization. Noticeable transformations have affected all spheres: economy, industry, science, education, culture. The principle laid down by President Shavkat Mirziyoyev in the basis of reforms is the guideline for action: "It is not the people who serve the state bodies, but the state bodies must serve the people."

The leadership of Uzbekistan is well aware that openness and transparency of the activities of the authorities and freedom of speech are inextricably linked to ensuring the effectiveness of the reforms. Since it is impossible to control the implementation of large-scale plans and initiatives in the republic without the participation of citizens.

Therefore, the current policy in Uzbekistan to ensure openness of government agencies and freedom of speech is taking place not only within the framework of protecting the legitimate rights and interests of people, but also aimed at improving the level of development of the country as a whole.

There are many examples of this from practice. If we consider 2021, then there are many cases when, thanks to the activity of citizens and the media, officials revised their decisions, found a compromise, and adopted documents at the level of the country's leadership.

There are many examples when, after publications in the media, corruption cases were disclosed, illegal decisions of khokims on the allocation of land were canceled, and various problems of citizens were resolved.

The situation with the response to hot topics that has improved in recent years can be seen by looking at the statistics. Dozens of materials that have caused a public outcry are distributed daily in the media and social networks in Uzbekistan. And for a year their number can exceed 9 thousand. For most of them, official comments are published by the press services of state bodies. Thus, during 2020, press services responded to 76 percent of critical and widely discussed materials. For comparison: at the end of 2018, this figure was 15 percent.

Free and independent media are active participants in the process of building a strong civil society. Pluralistic media, as they say in the world, perform the function of a "mirror" reflecting the realities in which society exists. What is it for? First, to identify existing problems. The mass media are the most effective tool for ensuring interaction between the state and society.

Secondly, the mass media are called upon to determine the course of changes to a certain extent, to build “bridges” between the incomprehensible parties in the person of the authorities and citizens. Hence, the upholding and protection of the human right to freedom of speech, as well as the prevention of oppression of journalists and bloggers, are currently taken as a priority of state policy in many countries of the world, including Uzbekistan.

The media are gradually turning into an important institution of civil society, and the mechanisms of mass communication in the society of Uzbekistan are moving into new and modern formats. Considering the fact that the media and society are interdependent entities that will always be interested in each other, it is simply unacceptable to underestimate the capabilities of the media in the current realities. So, for example, if in 2015 there were more than 1 400 media outlets in Uzbekistan, then by April 2021 their number had already reached almost 1 900.

In recent years, Uzbekistan has managed to fundamentally change the situation regarding freedom of speech and the media. This is recognised by the world expert community. The country established the Agency of Information and Mass Communications under the Administration of the President of the Republic of Uzbekistan and the University of Journalism and Mass Communications, adopted a code of professional ethics for journalists, established effective work of press services of state bodies in all regions, and significantly increased the number of active mass media (mostly private).

In recent years, the information sphere in Uzbekistan has changed considerably, filled with new content. So, in 2018, the country adopted the Law "On Public Control". Its purpose is to regulate relations in the field of organizing and exercising public control over the activities of state bodies and institutions.

It follows from Article 13 of the law: “The study of public opinion is the collection, generalization and analysis of information in order to assess the opinions of various social groups on draft regulatory legal acts, the activities of state bodies, their officials on their compliance with the requirements of the law, ensuring the rights and legitimate interests of citizens , legal entities, public interests. The study of public opinion can be carried out by non-governmental non-profit organizations, citizens' self-government bodies and the media in accordance with the law. "

Cooperation of government agencies with journalists and bloggers largely determines the pace of implementation of reforms in all areas. As President Shavkat Mirziyoyev emphasized, in a democratic society all civil servants are simply obliged to closely interact with the media.

An important role in ensuring openness and accountability of government agencies is played by the President's decree "On further measures to ensure the independence of the media and the development of the press services of government agencies and organizations" dated June 27, 2019. The Agency has created a separate subdivision responsible for organizing and coordinating the activities of the press services. From that moment on, press secretaries are appointed to the position, taking into account the conclusion of the Agency, and are certified every three years.

The document gave a powerful impetus to the revitalization of the press services. From that moment on, the heads of the press services of state bodies received the status of an adviser on information policy and on the terms of remuneration, medical and transport services, they are equated to the deputy head of a state body.

One of the key moments in this process was the creation for the first time of press services in district and city khokimiyats, of which there are over 200. In general, if in 2019, before the adoption of the decree, 433 specialists worked in the field of press services, today their number is exceeded 1120.

Simultaneously with the increase in the status of press secretaries, the document increased the volume of tasks assigned to them. For example, they now have to publish information about the organization's activities on a daily basis. In this case, it is necessary to pay attention not only to the website, but also to the pages on social networks and messengers. In short, news should be published simultaneously in all popular communication platforms.

Now it is very important for the press services of state bodies to work on improving the image of organizations and meeting the information needs of the population. Practice shows that much of the criticism and negative commentary in the media and social media stems from a lack of awareness of an issue. Therefore, one of the main tasks of the press services now consists not only in the timely submission of an official comment to the already published material, but also in the constant provision of information to the population about their activities, explaining the reasons and expected results of the decision.

The Agency, as the regulator in this area, develops and implements joint media plans with each agency on a quarterly basis, aimed at providing extensive coverage of current and topical issues. For example, in 2020, ministries and agencies held 771 events together with the Agency - 103 press conferences and 663 briefings. Specialists answered more than 10,000 questions from journalists and citizens. A media plan is currently being implemented for the second quarter of 2021. During this period, 170 press conferences, 104 briefings and 69 press tours are planned.

A special feature of these events is that the speakers at them seek to answer questions of public concern, comment on a particular high-profile case or arrange a long-awaited interview with a journalist on a topical issue. Press services are tasked with ensuring the maximum presence of senior executives among the speakers. As a result, the figures and facts voiced at these meetings are widely reported in Uzbekistan's leading media.

Uzbekistan's new information model now implies the transformation of the media into a "fourth estate", not in word but in deed. The activities of journalists and bloggers have become a direct influence on the course of events in the public and political life of the country. Representatives of the media now form public opinion and respond promptly to problems, thereby acting as a link between the population and the authorities.

Today we can say with certainty that the public is ready for an open discussion of problems with representatives of the authorities. This can be seen in social networks, where citizens freely express their concerns and share their problems. In the age of the internet, electronic media and social networks are becoming one of the most powerful mechanisms of mass communication. It is precisely in the age of high technology that it has become possible to solve a problem and bring it to everyone's attention.

The momentum of civic engagement in recent years has contributed to the emergence of a new class of authors and bloggers in the media environment. Today, they enjoy great credibility among readers, since they are often the first to raise pressing socio-economic and socio-political issues.

For the first time in the history of Uzbekistan, the activities of domestic bloggers have been recognised at the highest level. At a ceremony on 27 June 2019 to mark Press and Media Workers' Day, individual bloggers in the country were awarded the Kelajak Bunyodkori Medal on behalf of the President. This step can certainly be seen as the government's attitude towards the activities of all bloggers who have a voice in the national media space.

The use of blogs for journalistic purposes makes it possible to provide information promptly, to ensure the openness of information, to provide an opportunity to express one's own opinion and to provide and monitor feedback.

There is no doubt that the media have a strong place in New Uzbekistan's openness policy. A critical approach is being strengthened to ensure that government representatives respond to appeals in a timely manner. Solutions to problems faced by citizens are sought with the direct involvement of the media.

Ensuring freedom of speech is a sequential process. The participation of representatives of the journalistic community and ordinary citizens in it is an integral element of the ongoing structural transformations. The mass media directly influence government decisions, work based on the interests of the people. The effective and unhindered activities of journalists and bloggers in Uzbekistan will undoubtedly serve as a factor in the sustainable and progressive development of the state for years to come.

Freedom of expression is a continuous process. The involvement of representatives of the journalistic community and ordinary citizens is an integral element of the structural change underway. The media directly influence government decisions and work in the interests of the people. The effective and unhindered activity of journalists and bloggers in Uzbekistan will undoubtedly be a factor in the sustainable and progressive development of the state for years to come.