Presidents of Uzbekistan and Turkey Hold a Telephone Conversation 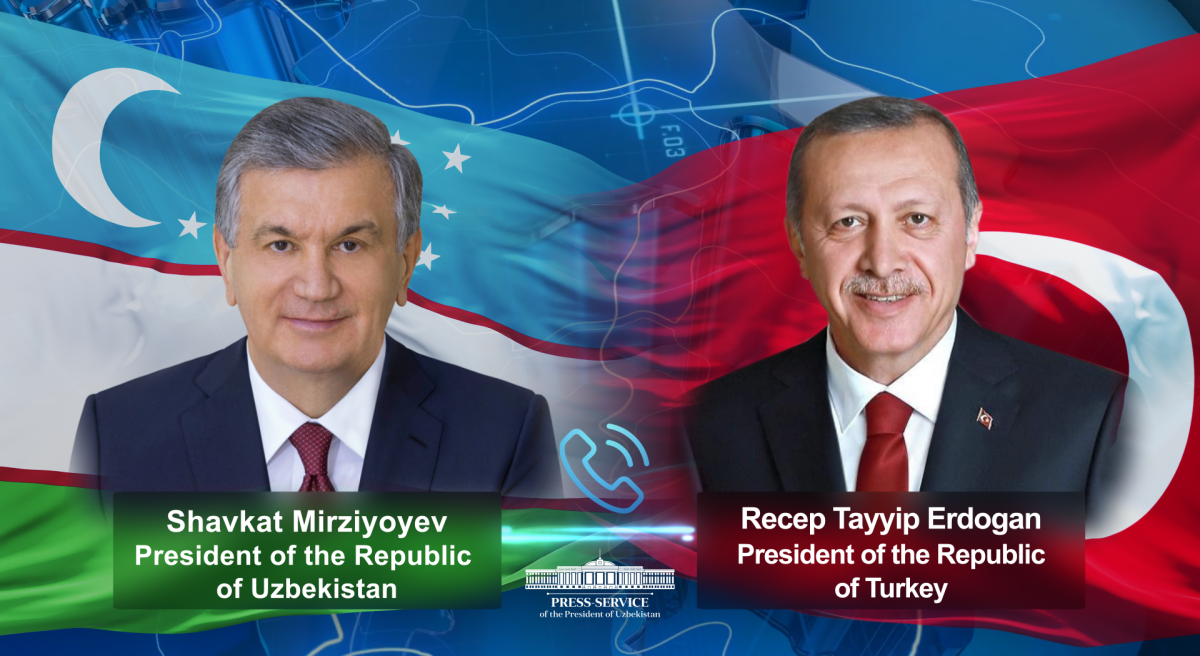 Presidents of Uzbekistan and Turkey Hold a Telephone Conversation

The Leaders discussed the implementation of the agreements reached at the second meeting of the Strategic Partnership Council, held in Tashkent in March this year.

The President of Turkey expressed the firm support for the efforts of the President of Uzbekistan to ensure peace, stability, and sustainable development in the Republic of Karakalpakstan.

The issues of enhancing multifaceted relations between Uzbekistan and Turkey, primarily in trade, economic, investment, transport and communication, cultural and humanitarian spheres, were considered.

The importance of promoting bilateral projects in trade, transport, industry, agriculture, and other areas was emphasized.

There was also an exchange of views on the upcoming summit of the Organization of Turkic States to be held in November 2022 in the city of Samarkand.

The Presidents congratulated each other on the upcoming Qurban Hayit (Eid al-Adha) and wished success and prosperity to the fraternal peoples of the two countries.