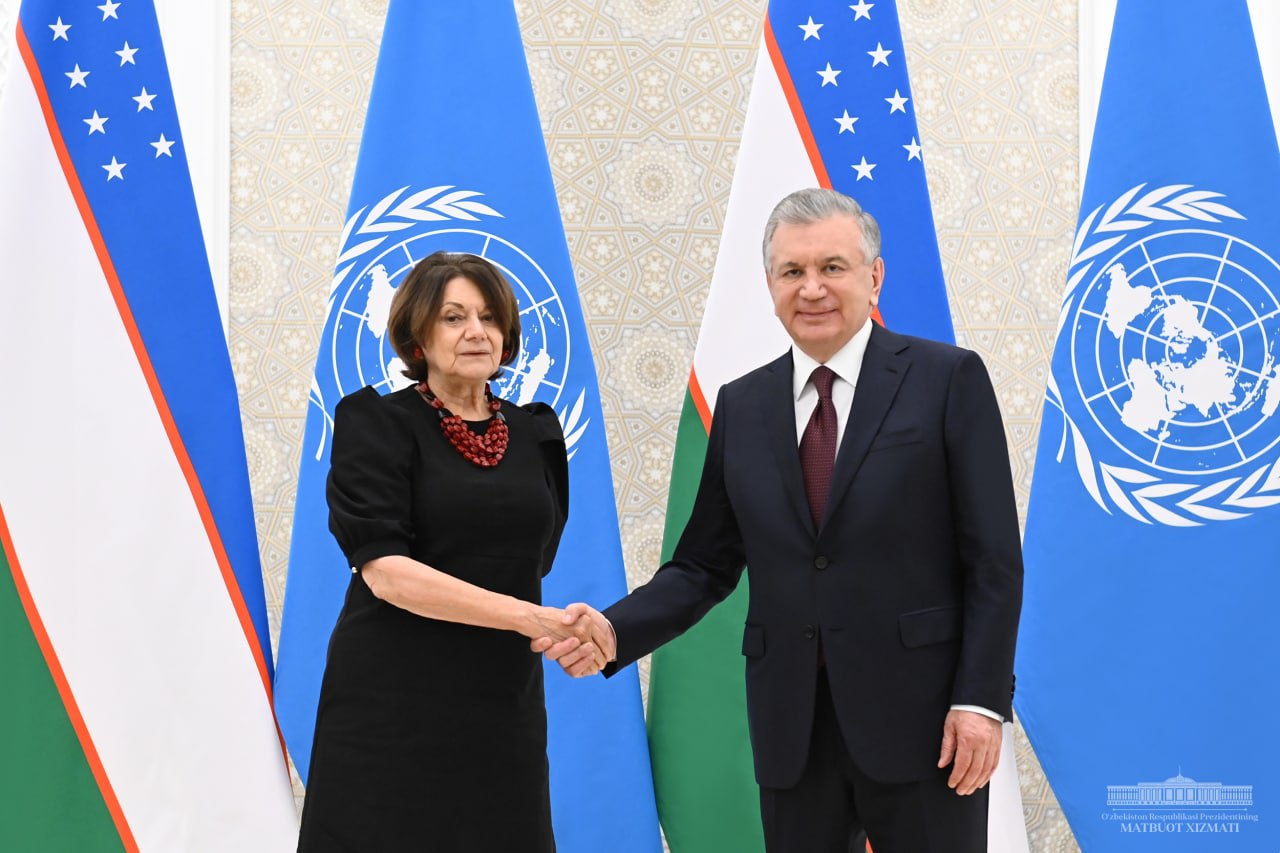 On September 14, the President of the Republic of Uzbekistan Shavkat Mirziyoyev received the Under-Secretary-General for Political and Peacebuilding Affairs Rosemary A. DiCarlo, who arrived to take part in the Samarkand SCO Summit.

There was an exchange of views on the promising areas of practical cooperation between Uzbekistan and the UN, and the topical international issues, as well as the work on achieving the Sustainable Development Goals in the period up to 2030 in our country.

Rosemary A. DiCarlo expressed her sincere gratitude to President Shavkat Mirziyoyev for the warm welcome. She conveyed the words of welcome and support from the UN Secretary-General António Guterres for the reforms carried out as a part of the Development Strategy of the New Uzbekistan for 2022-2026.

The intensification of Uzbekistan’s participation in the activities of UN structures in recent years was noted with satisfaction. At the Uzbekistan’s initiative, five UN General Assembly resolutions have been adopted aimed at promoting the regional cooperation and connectivity.

It is particularly emphasized that in 2020-2021 Uzbekistan chaired the 32nd FAO Regional Conference for Europe and Central Asia and joined the UN Human Rights Council, as well as Uzbekistan is also planning to host the UNESCO World Conference on Early Childhood Care and Education and the 25th session of the General Assembly of the World Tourism Organization (UNWTO).

The parties agreed to deepen their cooperation on mitigating the consequences of the Aral Sea ecological disaster, peacefully settling the situation in Afghanistan, implementing the projects to assist the Afghan people and promoting the sustainable development in the Central Asian Region as well as strengthening the connectivity.