FREEDOM OF SPEECH IS A DRIVER OF PROGRESS 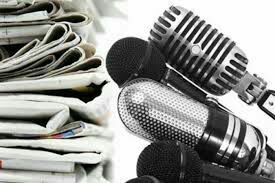 FREEDOM OF SPEECH IS A DRIVER OF PROGRESS

The famous French writer and philosopher, Nobel Prize laureate Albert Camu, who was called " Western Conscience" during his lifetime, said: “Free press is divided into good or bad. Press without freedom is bad".

So what exactly is freedom of speech?

Freedom of speech is a person's right to freely express their views. At the same time, a person expresses his opinion orally and in writing, especially through the press. This right is enshrined in a number of international documents and legislation of our country, including Article 19 of the Universal Declaration of Human Rights, Article 10 of the European Convention for the Protection of Human Rights and Fundamental Freedoms, as well as Articles 29 and 67 of the Constitution of Uzbekistan.

The right to freedom of speech is a very complex process. The generally recognized normative acts of international law also indicate that sometimes this can lead to the possibility of violating the rights and freedoms of others.

Freedom of speech is a barometer of the state of society. In international law, access to information and freedom of expression are recognized as two sides of the same coin, and they are rapidly evolving with the spread of the Internet and digital technologies. For any media and in any country, the movement against restricting freedom of speech remains a top development priority.

It is no secret that over the past 4 years in our country it has become free to directly discuss the consequences of reforms, the ongoing political process, which creates a unique platform for dialogue between government agencies and the people. The priorities of the reforms carried out by the head of our state are the observance of the principle of freedom of speech, ensuring impartiality, fairness, openness and transparency for all.

It should be noted that many laws, decrees and various normative legal acts can be adopted on freedom of speech. But if in practice none of this works, it will in no way benefit society or the state.

For example, research has shown that the most perfect constitution in human history, which can be used as a "standard" for the protection of human rights and interests, is the 1936 Constitution of the former Soviet Union, which Joseph Stalin himself is said to have developed. But in practice, this was practically not applied. This was directly related to the mechanism of its use. This means that if there is no perfect mechanism for applying the law, if the written word remains on paper, history itself has repeatedly proved that what will happen in the lives and destinies of people is inevitable.

In recent years, our country has done and is consistently working to ensure the viability of freedom of speech and thought. In particular, ministries, committees and other state institutions that were once closed to the public are now "open" and have the right to decide the fate of the nation and country, but their activities are closed to the public. Today, our legislative body, which admits only specially accredited journalists, whose articles or testimonies are checked by relevant organizations before publication, and sometimes requires scissors, is also getting closer to the people. In particular, the positions of press secretary - adviser to the head of information policy in ministries and departments have been created, and plenary sessions of the Senate and the Legislative Chamber of the Oliy Majlis are broadcast online remotely. Not only are they available for viewing live, but journalists and bloggers are free to express their opinions on the process, comment on the pages of parliament on social networks in order to improve legislation that is being approved or pending.

They also pay attention to the complaints of ordinary people in social networks about the state of negative actions (or inaction) in the activities of any state body, to which the press service of the relevant state body responds.

However, we must admit that we have not yet made much progress in ensuring freedom of speech. Unfortunately, there are still government agencies that tend to take the old-fashioned view of banning and censoring this issue. Internal censorship of our journalists also sometimes does not allow public control, to fully create an atmosphere of openness and transparency in the activities of state bodies. We already know that if government agencies comply with the requirements of the law and regulations, the allocated funds are spent without robbery and misappropriation, if there is responsibility, if corruption is not allowed, such a state will surely develop.

On the other hand, our journalists and bloggers also have a very low level of literacy and knowledge on how not to violate the rights of others when exercising the right to freedom of speech. Because they, too, are still in the early stages of development. To overcome this, we must first consider legal safeguards.

As the head of our state said, " The work that has begun to liberalize all aspects of life in our society, to deepen the principles of freedom of speech and press, openness and transparency, to establish effective public control over the activities of government bodies is becoming irreversible." Therefore, the full implementation of freedom of speech in practice, which is the driver of the development of any society and state, today should be an active civic position of every citizen.