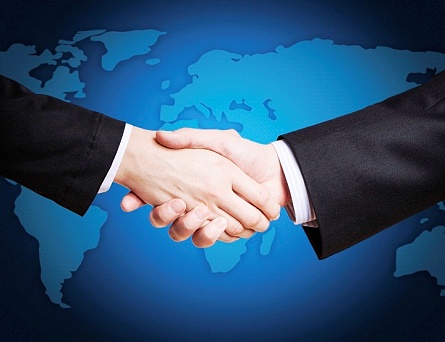 As part of the former Soviet Union, Uzbekistan had no foreign relations, not to mention those in the field of foreign economic activity. The Uzbek economy was distorted on one side, with its agrarian sector being monopolized by cotton cultivation

In such a difficult period, a new development model was worked out in the country. Resting on the famous five principles, it embodied the strategy of reforms that were intended to modernize the nation’s economy and social life. This fundamental document has undergone the test of time, graphically demonstrating that any “shocking therapy” is an absurd idea and that advances are achieved only on a step-by-step basis. A required legal framework was created for measures to raise the population’s standard of living and to build a democratic legal state with a socially-oriented market economy.

After the acquisition of independence Uzbekistan has begun forging mutually beneficial economic ties with many foreign countries. Such partnerships have been determined as a priority direction of development and an important aspect of the Republic’s state policy. The legal environment created in Uzbekistan has proved to be very conducive to the consistent implementation of reforms, the rapid development of the national economy, the expansion of a range of export-oriented product categories and, above all, to the country’s integration with the world community.

Global experience shows that exploiting not only a country’s own reserves, but also the resources possessed by a wide range of international economic organizations and agencies proves to be an important factor of economic growth. At the same time, the world’s most developed states and global-scale business entities these days plough their investment capital in attractive, in terms of economic opportunities and prospects, countries with high labour potentialities. As a rule, the latter boast, inter alia, the most auspicious conditions for investors and prioritize the human capital’s significance. Cooperation with such organizations will be a priority direction of Uzbekistan’s foreign policy from this time onwards, since their role and position in the ongoing process of economic reform and renovation is great, indeed.

Over a short period of time, the Republic’s sovereignty was recognized by 100-plus states of the world. Moreover, they expressed their readiness to establish economic relations with this newly independent Central Asian country, which was regarded by the latter as the vote of confidence.

On March 2nd, 1992, the Republic of Uzbekistan became a full member of the United Nations Organization. Year in, year out, the country’s mutually advantageous links with the UNO and its specialized structural sub-divisions tend to solidify and expand in a variety of fields, including the economic sector.

A series of projects have been realized in Uzbekistan jointly with the UNO to back the implementation of reforms in the national economy, administration, public health, education, protection of the environment and other areas. More than US $430 million worth of technical aid was directed to the Republic for these purposes.

The UN Development Program (PROON) has been functioning in Uzbekistan since 1993. Starting 1999, joint work has been in process in the Republic under a country program of cooperation. Its aim is to render technical and advisory assistance to the Republic when it comes to tackling some priority short- and medium-term tasks of socio-economic development. Within the framework of this partnership, those national institutions are supported, which carry out their activities in such strategic areas as the further development of small business and private entrepreneurship, the introduction of modern technologies in management and marketing, the development of rural areas and the private sector, the protection of the environment, the efficient use of energy etc. Since the establishment of these relations 250-plus projects, worth more than US $200 million, have been realized in the country.

Similar positive results can be seen in cooperation with the European Union, which was prioritized in the national foreign policy since the first days of independence. Uzbekistan has been developing the economic ties with the EU member states within the framework of the Agreement on Partnerships and Cooperation between the Republic of Uzbekistan and the European Associations. In particular, Euro 721.4 million worth of projects have been realized in the country between 1992 and 2015. Till the year 2020, the European Union plans to implement a number of initiatives in Uzbekistan as part of financial and technical aid provided with a view to developing its rural areas.  With Euro 168 million of money funds being appropriated towards their realization, these projects will cover several sectors, such as the processing of foodstuffs, the system of irrigation and water supply, the development of farms, power engineering and others.

A reliable legal framework and a series of mechanisms of cooperation with the CIS member states have been created in the Republic for the successful development of relations in many important fields, such as trade, economy, transport, communications etc. Since the formation of the CIS, Uzbekistan has been expressing its solidarity with those member states, which advocate the intensification of economic integration and development of economic links without imparting any political character to them. Put differently, being a member of the CIS, the Republic supports the formation of a free trade zone, provided that the trade regime with other foreign countries is not subject to deterioration. This vital condition guarantees the stable socio-economic development within the CIS. On 31st May 2014, a new agreement on the free-trade zone in the CIS has been signed. The Protocol of its application was concluded between the Republic of Uzbekistan and its signatories on 18th October 2011. For the time being, the document is ratified by Uzbekistan, Russia, Belarus, Kazakhstan, Moldova, Ukraine and Armenia.

A significant stage in the development of foreign economic relations was, without doubt, the signing of the Declaration on the Formation of the Shanghai Organization of Cooperation (SOC). It was signed by the leaders of Uzbekistan, Kazakhstan, Kyrgyzstan, Russia, China and Tajikistan on 15th June 2001. Over the period of its functioning, a given structure has proved to be a highly efficient mechanism of multilateral cooperation designed to strengthen the stability and safety in the region, to intensify economic ties between its member states, to maintain constructive dialogue and to develop partnerships on the basis of mutual benefit within the framework of the SOC. And thanks to the initiatives put forward by the Republic of Uzbekistan, all these aspects have been lifted to a qualitatively new level. This fact has been noted by all countries participating in the 15th Summit of the Shanghai Organization of Cooperation held recently in Tashkent, where the efforts made by the Republic of Uzbekistan have received their high appraisal.

Within the framework of the SOC, fruitful relations are maintained between its member states in the economic sphere. A whole series of mechanisms are used in this direction: a council of heads of state, a business council, an interbank association etc. The Republic of Uzbekistan, as one of the founders of this international organization, determines the strategy of cooperation equally with its other members. Uzbekistan reckons that it is necessary to combine efforts in order to achieve such priority objectives as the maintenance of regional stability and the development of economic and investment cooperation in the region.

New horizons in this field are sure to be opened up by the Tashkent Declaration signed at the SCO Summit on 24th June of the current year. The historical document envisages a number of cooperation-related prospects in the areas of trade, economy, investment, transport and communication.

The close links forged by the Republic of Uzbekistan with the Asian Development Bank (ADB) and the Islamic Development Bank (IDB) also play a significant role in raising the country’s investment potential and modernizing its financial market. Its membership of the ADB dates from 1995, with the latter’s representative office being set up in Tashkent in 1997. Worth mentioning is the fact that the Republic ranks 15th biggest shareholder among the bank’s regional members. More than 50 projects, totaling US $12.5 billion, have been implemented in Uzbekistan with the ADB’s financial support since the Republic joined this highly reputable international financial organization. The sectors covered by these projects include irrigation, water supply, sanitation, housing construction in the countryside, power engineering, road-transport infrastructure and finances.

The development of alternative power engineering is an important new direction in international cooperation. On 20-23rd November 2013, Uzbekistan, in conjunction with the Asian Development Bank, convened the 6th sitting of the Asian Forum of Solar Energy called “Trends & Prospects of Solar Energy Technologies”. Held in the Republic’s capital city, the event was attended by heads of the ADB, IDB and other authoritative international organizations. Among its participators were also specialists and experts in the field of solar power engineering from the countries of Asia, Europe, North and South America, representatives of companies – producers of solar power and scientific-research institutes. The total number of participants exceeded 300. Uzbekistan’s vast potential in this field obtained the forum’s recognition, with a list of new stages of mutual cooperation being determined. A fresh impetus to its further development was given by a US $300 million loan allotted to Uzbekistan by the Asian Development Bank to back the development of efficient power supply in order to meet the country’s ever growing demand for electricity.

Since 2003, the Islamic Development Bank (IDB) has been cooperating with the Republic of Uzbekistan, by funding the realization of socially-important projects in strategic industries of the national economy. For now, as many as 14 projects, to the tune of US $429 million, have already been brought to completion. There is one more project, worth about US $1 billion, to be implemented in the Republic with the IDB’s financial support.