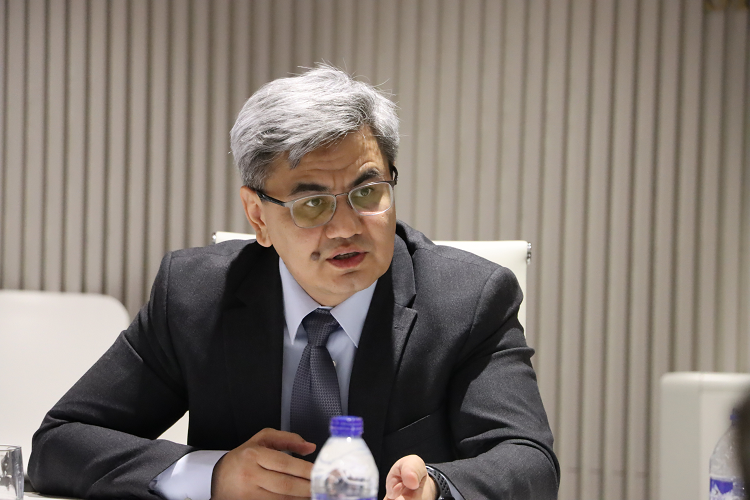 On April 8, 2022 the President of the Republic of Uzbekistan Shavkat Mirziyoyev signed a Decree in which goals are set extensively with specific timeframes for taking measures in a number of key areas of the country's economic development to create favorable conditions for the development of the private sector, as well as measures to accelerate the process of privatization, the fight against corruption and demonopolization.

It should be noted that this Presidential Decree is directly related to the "Development Strategy of New Uzbekistan for 2022-2026". If briefly and abstractly, the goals of the Decree are aimed at achieving stable economic growth, increasing the competitiveness of the national economy and reducing the state share in the private sector’s economy. At the same time, it provides the liberalization of the market of goods and services where the state share presents, the creation of equal conditions for business entities, an accelerated transition to market relations, a drastic increase of private investments, further conducting of privatization and poverty reduction.

Cancellation of benefits and exclusive rights

According to the Decree from May 1, 2022 privileges in the form of benefits and exclusive rights for a number of business entities, including foreign ones, will be gradually abolished. In addition, starting from July 1, 2022 customs duty benefits will be provided on the basis of the laws of the Republic of Uzbekistan only, meanwhile the getting of the Tariff and Non-Tariff Regulation Council’s conclusion will be considered mandatory.

Auto industry, aviation and railways will be reformed

The reforms will also affect some of the most discussed industries, such as the auto industry, aviation and railways. By August 1, 2022 up to 10% of the shares of UzAuto Motors JSC will be secured for IPO on the local stock market and later a Strategy will be developed for the sale of the remaining share of UzAuto Motors JSC to strategic investors, including UzAuto Motors Powertrain JSC and Samarqand Avtomobil zavodi Ltd. By June 1, 2022 a Strategy for the transformation, development and privatization of Uzbekistan Temir Yullari JSC (railways) will be developed and by September 1, 2022 51% or more of the state share in the authorized capital of Uzbekistan Airways JSC will be put up for auction. In addition, by the end of 2022 the privatization of at least 49% of the shares of Uzbekneftegaz JSC and 51% or more of the shares of Thermal Power Plants JSC will commence that should also attract great attention of the investors and ensure companies’ accelerated modernization.

The Decree also pays a lot of attention to public-private partnership (PPP). According to the Decree, a drastic increase of the number of PPP projects in the field of drinking water, sewerage, heat supply and landscaping, road construction and aviation infrastructure is expected. In addition, domestic and international freight and passenger transportation by rail will also be transferred to the private sector on the basis of PPP or franchise. But this is not all. At the same time, from September 1, 2022 the priority of constructing new small and medium-sized hydroelectric power plants will be given to the projects with the participation of the private sector, including on the basis of PPP. Accordingly, by implementing such broad opportunities for partnership, all parties, including the end consumer, will receive more benefits and privileges from acting together than if separately.

As it has already been emphasized, this Decree contains plenty turning points in the reform of many fields and spheres that will directly contribute to economic growth and attraction of investments. The document says that from May 1, 2022 the personal income tax rate on the income of non-resident individuals received from the sources in Uzbekistan will be set at 12% (now it is 20%). In addition, from May 1, 2022 foreign citizens are granted the right, without requiring a residence permit, to purchase real estate in the Tashkent region and in the cities of Tashkent and Samarkand in the equivalent of at least $150 thousand during construction and $180 thousand in operation, while in other regions – at least $70 thousand and $85 thousand respectively. At the same time, it should be noted that the acquisition of these real estate objects is not a basis for foreign citizens to obtain a certificate of permanent registration.

It is also worth noting that the Decree foresees the sale of non-agricultural land through auctions with the possibility of installment payments for up to 3 years. In addition, buyers who have made a one-time initial payment of at least 35% on state assets and non-agricultural lands are granted the right to mortgage property as collateral in bank lending.

The changes also affected the Heads of executive bodies and members of supervisory boards. Starting from April 1, 2022 a person appointed or reassigned as the Head of the executive body cannot become the Head again more than 2 consecutive terms. Also, according to the Decree, from July 1, 2022 at enterprises with a state share, a single policy of stimulating members of the supervisory board and remuneration of labor for members of the executive body will be established, moreover any additional payments to members of the executive body, except for wages and annual bonuses, will be canceled. In addition, it is regulated that the annual expenses of state-owned enterprises for sponsorship must not exceed 3% of the net profit received in the previous year. Another change also affected the sphere of antitrust measures, which will not be applied to entrepreneurs with sales revenue over the past year not exceeded 10 thousand BCV (basic calculated value) or 2.7 billion sums.

In conclusion, it should be noted that the window of opportunities shown by both time and the situation in the world is open and waiting for specific actions. The successful implementation of the measures foreseen by the Decree will not only attract great number of investments in the economy, but will also allow private businesses to take the advantages of all the opportunities that delivered to them thanks to the ongoing reforms.