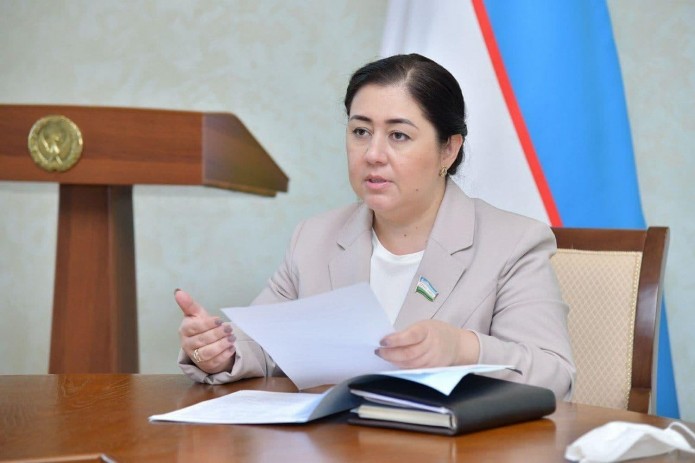 In the Republic of Uzbekistan, where more than 35 million people, representing more than 140 nationalities and ethnicities live, in accordance with the Constitution everyone has equal rights and obligations. It must be recognized that ensuring fundamental human rights and freedoms is a priority among the reforms carried out in Uzbekistan.

As part of this historic document, much work has been done through annual state programs to ensure the rule of law, improve the judicial system, liberalize the penitentiary system, ensure gender equality, prevent torture, ensure openness and transparency, strengthen freedom of speech and to provide another opportunity for those who have lost their way and to integrate them into society on the basis of humanitarian principles.

In this regard, the adoption of the National Human Rights Strategy of the Republic of Uzbekistan in 2020 was one of the important steps in ensuring human rights.

In addition, good results have been achieved in cooperation with the International Labor Organization and the World Bank to eradicate forced labor and child labor.

Most importantly, these positive changes have been recognized and supported by the international community. The fact that Uzbekistan was elected to the UN Human Rights Council for the first time is also the practical result of five years of reforms.

Undoubtedly, the role of the Strategy of Actions in ensuring new modern and effective mechanisms for the protection of human rights and freedoms in the activities of the Institute of the Authorized Person of the Oliy Majlis of the Republic of Uzbekistan for Human Rights (Ombudsman), established in 1995, is invaluable.

Since it is within the framework of the Strategy of Actions, the Ombudsman has the right, in accordance with the law, to apply to the Constitutional Court of the Republic of Uzbekistan, participate in its sessions and express his opinion on all issues considered by the court, to apply to the courts in the interest of citizens and without payment of state duty, to apply to the committees of the Oliy Majlis of the Republic of Uzbekistan with a proposal to consider the issue of hearing the information of representatives of public authorities on eliminating the identified violations of the legislation in the field of rights and freedoms of citizens, to make submissions to the heads of state bodies and other organizations on the elimination of identified violations of legislation in the field of human rights and freedoms, the reasons and conditions that make them possible for consideration within the prescribed period.

In addition, in 2019, the institution of the National Preventive Mechanism for the Prevention of Torture under the Authorized Person of the Oliy Majlis for human rights (Ombudsman) was created and strengthened by the relevant legislation. According to it, the Authorized Person should take measures to prevent torture and other cruel, inhuman or degrading treatment or punishment through regular visits to places of detention.

As a logical continuation of the reforms, two presidential documents concerning the activities of the Ombudsman were signed this year. The Resolution of the Head of the state "On additional measures to improve the system of detection and prevention of torture" dated June 26, 2021 approved the system of detection and prevention of torture in accordance with the generally recognized principles and norms of international human rights law, improved the mechanism of prompt and impartial consideration of appeals and mechanism of bringing the perpetrators to justice, providing victims of torture with social, legal, psychological and medical assistance and compensation. Also, the identification of cases of torture and the widespread involvement of civil society institutions in their prevention was identified as priority areas, and the activities of the NPM under the Ombudsman were further improved.

In particular, public groups have been created under the Ombudsman to identify and prevent cases of torture. They are responsible for revealing the facts of torture and sending petitions to the appropriate state body for their prompt elimination, as well as for participating in the consideration of appeals on cases of torture and developing methodological recommendations for the examination of cases of torture.

Another document is the Decree of the Republic of Uzbekistan "On measures to improve the activities of the Authorized Person of the Oliy Majlis of the Republic of Uzbekistan for Human Rights (Ombudsman) " dated September 10, 2021. One of the main innovations of the document is that it endowed the Ombudsman with the right of legislative initiative.

This is due to the fact that the most effective proposals for the protection of human rights are formed in the daily activities of the Authorized Person for Human Rights, in direct interaction with the people, state and public organizations, the judiciary and the expert community. Problems that need to be solved also arise in this process. In this regard, the new Decree will serve to strengthen the practical significance of the institution of the Ombudsman.

The above Decree of the President also strengthens the activities of the Ombudsman in the regions. It was approved that from January 1, 2022, regional representatives of the Ombudsman will work on a permanent basis. This will help to solve problems and questions of our citizens locally.

An assessment of the effectiveness of the work of the Ombudsman in any country can be made by analyzing the statistics of appeals sent directly to him/her and their consideration. This is due to the fact that appeals are sent to the Authorized Person for Human Rights only if people have confidence in him/her.

The Ombudsman together with representatives of the public systematically organized "monitoring visits" to places of detention of persons with limited freedom of movement, and 177 monitoring visits were carried out in 2021 (76 in 2020).

During the visits, detention conditions for persons with limited freedom of movement, including housing, food, labor, the condition and quality of medical care, awareness-raising and educational work with persons with limited freedom of movement, compliance with sanitary and hygiene requirements during the coronavirus pandemic were examined, and other similar cases were studied.

It is noteworthy that during these monitoring visits, media representatives, who were given the opportunity to see the conditions in penitentiary institutions with their own eyes and personally meet with convicts and prisoners also took part.

It should be noted that the Ombudsman also took an active part in the presidential election on 24 October 2021. In particular, during monitoring visits to penitentiary institutions the Ombudsman studied the issues of equipping the polling stations in accordance with the established requirements in terms of ensuring the right of voters to vote by secret ballot without any pressure or barriers.

In order to ensure the right of voters to choose and the right of candidates to campaign, the issues of creating equal conditions for campaigning of candidates, their proxies and political parties through meetings with citizens were also studied.

At the same time, in cooperation with representatives of the Association of Disabled People of Uzbekistan, the conditions created for people with disabilities were studied. In 2021 elections, separate booths were allocated for people with disabilities. Ramps were installed at the entrances and exits, the visually impaired were provided with stencils with the Braille alphabet, sign language interpreters were involved to polling stations. As a result, the obligations enshrined in the International Convention on the Rights of Persons with Disabilities were fulfilled and conditions were created for this category of citizens to exercise their electoral rights in full and on an equal basis with others.

In conclusion, it should be noted that within the framework of the Strategy of Actions significant work has been done and important steps have been taken to ensure human rights, honor and dignity, as well as to strengthen and support the activities of the Ombudsman. As a result of the reforms carried out in 2020, Uzbekistan for the first time in its history was elected to the UN Human Rights Council for a three-year term by a majority vote at the UN General Assembly. At the same time, we understand that this decision places a huge responsibility on Uzbekistan and that the protection of human rights is а continuous process.

That is why the President of the Republic of Uzbekistan has put forward the Development Strategy of New Uzbekistan for the next five years. This document, based on the new principle "human - society - state", embodies the idea of "New Uzbekistan - People's and Humane state".

The Development Strategy also seeks to ensure the rights and legitimate interests of everyone through the Sustainable Development Goals, planned until 2030 and adopted on the principle of «Leave no one behind».

Undoubtedly, these results are worthy of recognition, but we still have many goals ahead. I think that the chain of reforms to ensure human rights and interests will continue to produce positive results every year.

The Authorized Person of the Oliy Majlis