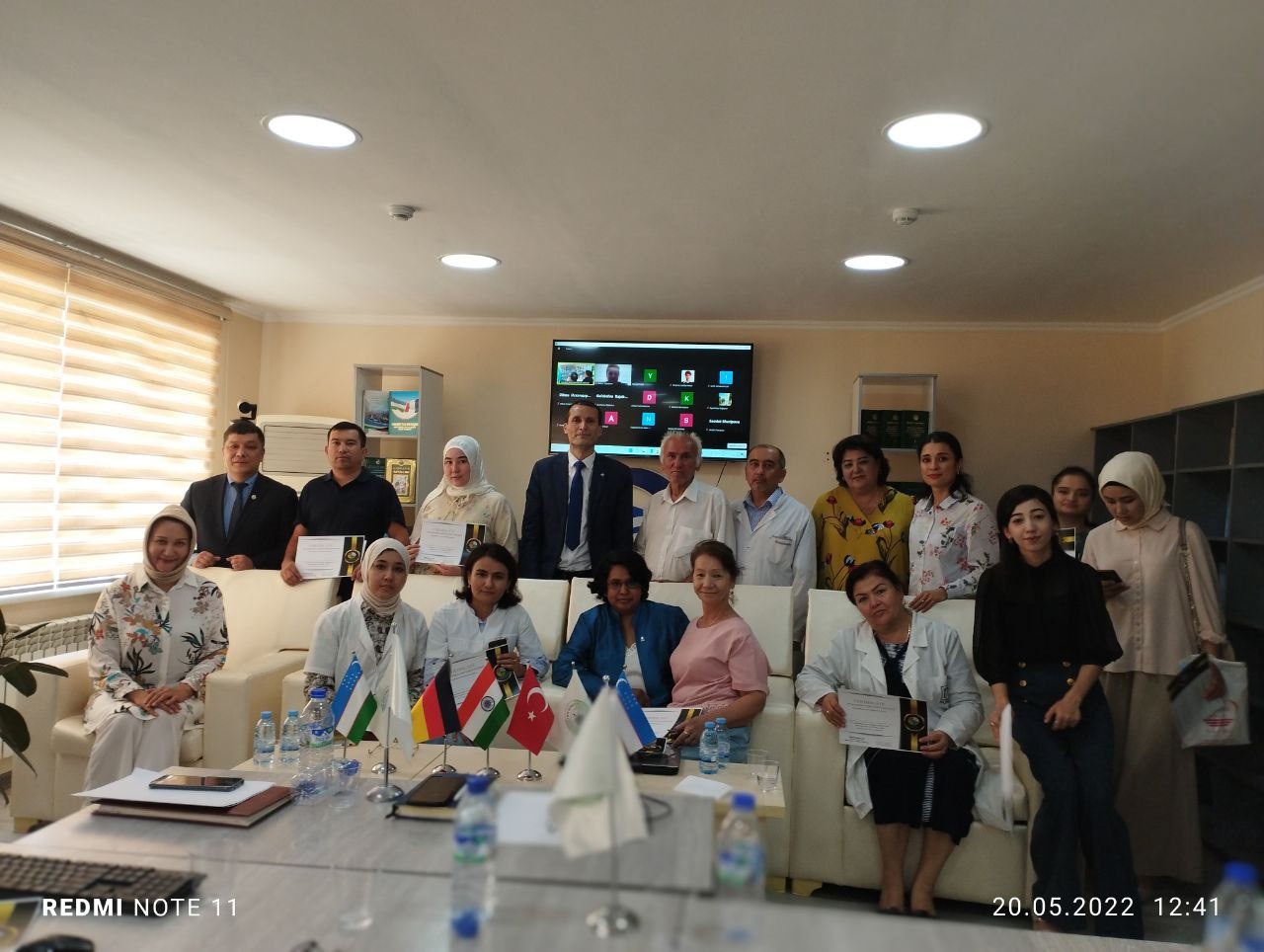 The traditional V International Scientific and Practical Conference on “Abu Ali ibn Sino and innovations in modern pharmaceuticals” was held in Tashkent.

At organized by the Ministry of Health of Uzbekistan, the Tashkent Pharmaceutical Institute and the Ibn Sino Public Foundation, more than 300 national scientists, experts, doctors, pharmacists, chemists, biologists, tabibs, the public, the media, as well as foreign specialists from Germany, Israel, India, Iran, Kazakhstan, China, Korea, Malaysia, Russia and Turkey in a hybrid format discussed issues of in-depth study and wide promotion of the rich scientific heritage left to mankind by the doctor, scientist and philosopher Abu Ali ibn Sino, who made an invaluable contribution to world medicine and pharmacy, activation of reforms in the healthcare system, development and stimulation of scientific research in the field of medicine and pharmacy, development of international scientific contacts for the subsequent strengthening of the scientific potential of the country.

Within the framework of the International Scientific Event, a plenary and 6 sectional sessions were held, during which more than 100 scientists and experts made scientific reports.

During the Conference, in order to develop international scientific cooperation, Avicenna Public Foundation and the Tashkent Pharmaceutical Institute signed Memorandums of Cooperation with the Academy of Traditional Medicine of the Russian Federation and the European Medical Association.

Also, within the framework of the V International Scientific and Practical Conference, a competition of scientific researches was established – “Abu Ali ibn Sino National Prize” in 3 nominations: 1) Avicenna's innovations; 2) innovations in modern pharmaceuticals; 3) a young pharmacist.

It should be noted that in 2017, Avicenna Foundation signed a Memorandum of Cooperation with the Tashkent Pharmaceutical Institute, after which the tradition of organizing annual pharmaceutical conferences in Tashkent began in 2018. 5 International conferences have already been held. This year, the geography of participants and the format of the conference was much expanded and saturated, which testifies to the practical successful scientific and international cooperation of Avicenna Foundation with Tashkent Pharmaceutical Institute for the benefit of the development of national science and the people of Uzbekistan.