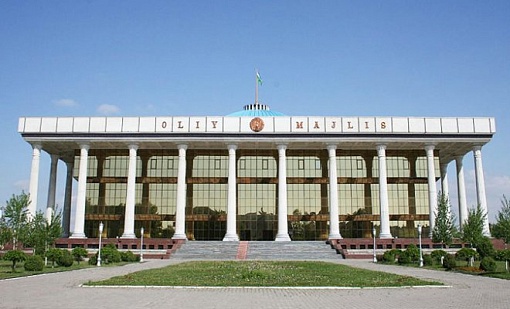 What measures are undertaken to make share of tourism in GDP of the country much more than two percent?

The civilization has changed radically a way of life, conditions of accommodation of the world's population. In particular, development of social and economic spheres, increase in welfare of the population, strengthening of urbanization processes promoted growth of needs for tourism. Travel, excursions, rest in the bosom of the nature became a component of modern society, the main forms of recuperation of people, their substantial leisure.

According to the World tourism organization, by the moment on average 1,2 billion people annually make trips. Though just ten years ago, the number of the registered tourists made only 576 million people. There are many factors promoting the accelerated development of the tourism sphere. The main ones are tendency of contemporaries to knowledge of the world, interesting and useful pastime in the bosom of the family, friends, and improvement of health.

Business people also have incentives. Tourism has proved as a highly profitable type of business long ago. As a result the tourism's contribution to the international gross domestic product makes over 10%, world export of services amounts 30%, and employment of able-bodied population is 8%. What is the situation in the sphere of tourism in Uzbekistan? First of all it should be noted that during the years of independence in economy of our country qualitatively new foundations of tourism based on the market relations and strong standard and legal base are created. Objects of modern infrastructure are built; the new tourist routes meeting the international standards are introduced. The available historical and cultural monuments are repaired, measures are being implemented to familiarize the general public including abroad one with them.

It's not a coincidence. Uzbekistan by right is considered one of the countries taking the leading position in the world in terms of number of historical sites and scales for fascinating travels. There are more than seven thousand unique historical monuments and majestic examples of unique architecture on our ancient land. Its picturesque nature reserves and national parks are considered as an invaluable necklace of the richest nature of the country. In the country centuries-old traditions of culture, art and workmanship are carefully maintained and prosper that makes increasing number of foreigners to be emphatic in their desire to visit Uzbekistan. However there are many uninvolved reserves in the domestic sphere of tourism that negatively affects a tourism share in export of services, employment of the population. For these indicators our country lags far behind global average data.

The head of our state has especially noted that the question of development of such important sphere as tourism remained neglected, that should be necessary to increase its contribution to economy of Uzbekistan by realization of special measures, promotion of our historical and cultural values, replenishments of currency funds and others. As data of the State committee on statistics testify, now a tourism share in GDP of the country it is insignificant — some two percent. The number of the firms and organizations involved in tourism activity makes about 400, of them the main part works in Tashkent (73,4%), Samarkand (13,1%), Bukhara (4,5%) and Khorezm (1%). In other words, 92% of firms and the organizations specializing in tourism services, as well as 93,1% of the tourists visiting our country account for these regions. But in our country located at the intersection of tourist routes along the Great silk way all types of the tourism industry can be successfully developed. In particular, the ecotourism as considered the perspective direction, as local landscapes, natural ecosystems and resources can afford a wide variety and huge opportunities for a recreation. And the arid subtropical climate allows rendering services in ecological tourism all the year round.

Our seasons are fine each in own way

Now in many countries of the world wide use of opportunities of the protected natural areas (PNA), fabulously beautiful landscapes, cultural and ethnographic heritage of local population, and other ecological resources has become a practice to develop ecotourism. In the republic there are many unique objects for expansion of scales of ecotourism, including 36 protected natural areas with total area of 2 604,2 thousand hectares. Besides, there is a lot of mysterious caves, century trees, fancy rocks and gorges, glaciers, iridescent waterfalls and curative sources. To lay for judges a continuous route to these sights, only their inventory and classification in the tourist purposes, a natural and biological and tourist and economic assessment of the available potential is required.

At the initiative of the head of state the country committed itself to elimination of the shortcomings which are available in domestic tourism, measures for creation of economic and organizational and legal conditions for tourism development as strategic branch of economy, the maximum use of tourist capacity of regions, creation and advance to the world markets of a national tourist product, formation of positive image of Uzbekistan in the sphere of tourism are implemented.

Cardinally new approach is applied in a control system of branch. Activity of the State Committee on development of tourism recently created under the resolution of the President is not aimed at implementation of control and administrative functions, but to stimulation of entrepreneurial activity in the sphere of tourism, elimination of all obstacles and barriers to tourism development, and the development of competition on the market of tourist services.

Qualitatively new mechanisms of state regulation aimed at improvement of license, certifying and other allowing procedures in the sphere of tourism are created.

The Strategy of actions pays special attention to five priority directions of development of the Republic of Uzbekistan in 2017 — 2021 in problems of branch development. Over all country their systematic implementation has started. The complex measures promoting the tourist capacity of the region are planned with regards for natural opportunities and the best international practice. In particular, more than 700 objects of cultural heritage, and the unique nature of the region are involved. Its richest flora and fauna, unique landscapes with steep slopes and tops, snow-covered mountains, rapid rivers and emerald valleys allow betting on extreme and ecological types of tourism. Over two hundred high-perspective projects within which creating a set of infrastructure facilities, including 40 modern hotels is planned should be implemented only in sphere of ecological tourism during the period from 2017 to 2021. Their construction in zones of an active flow of tourists — in Parkent, Bostanlyk, Zangiatf districts, the cities of Angren and Chirchiq will be essential in this regard. Only in Parkent next such objects — compact hotel for 80 places, a comfortable zone of family rest are prepared to commissioning. In total it is planned in area to master investments more than for 400 billion Soums (currency rates of CB RU from 12.05.2017, 1$= 3765.77 soums), create about two thousand jobs and increase the volume of tourist services by 2,5 times in five next years. At the level of the republic it is planned to develop the Concept of development of tourist industry of the Republic of Uzbekistan for the medium term, as well as the Program of specific measures for its realization in 2017 — 2021, new edition of the Law "About Tourism" should be prepared. It is planned to improve radically quality of services at the airports and railway stations, to create favorable conditions for business in the sphere of tourism, to attract the world-recognized brands, foreign investors in the tourism industry, to introduce new tourist routes, to develop modern types of tourism, to increase their attractiveness etc. All this together will become a strong basis for formation in the future of positive image of Uzbekistan as the large and attractive center of tourism, transformation of tourism into the leading sphere of national economy.

Realization of the tasks planned in the Strategy of actions on five priority directions of development of the Republic of Uzbekistan in 2017 — 2021, undoubtedly will allow to provide intensive development of tourism as strategic sector of the national economy capable to make a worthy contribution to sustainable development, to become the locomotive for the accelerated complex development of all regions and the interfaced branches, and to promote in every possible way formation of positive image of Uzbekistan as the attractive center of tourism.