MINERAL RESOURCES SHOULD SERVE THE INTERESTS OF PEOPLE 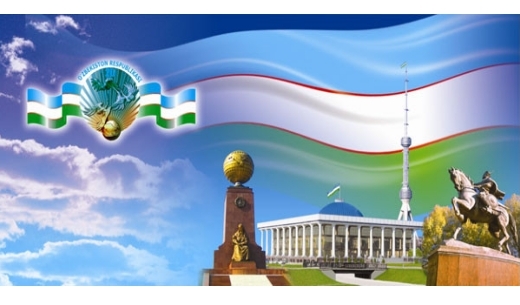 MINERAL RESOURCES SHOULD SERVE THE INTERESTS OF PEOPLE

On November 13, a meeting dedicated to issues of improving the efficiency of geological exploration work, implementation of important strategic projects on increasing the resource base of mineral resources and precious metals, as well as production volumes was held under the chairmanship of the President of the Republic of Uzbekistan Shavkat Mirziyoyev.

President of our country Shavkat Mirziyoyev at the extended meeting of the Cabinet of Ministers, devoted to the main results of socio-economic development of the country in 2016 and the most important priorities of the economic program for 2017, drew particular attention to the efficiency of the State Committee for Geology and Mineral Resources, defined tasks on increasing production in the sphere and construction of new factories.

In accordance with this, work on comprehensive geological exploration of the bowels of the earth and development of a mineral resource base envisaged for a long-term perspective has been raised to a new level. This year five resolutions of the President concerning the industry and a number of resolutions of the Cabinet of Ministers have been adopted.

In accordance with the resolution of the Head of our state “On measures of establishing a single geological service in the system of the State Committee of the Republic of Uzbekistan for Geology and Mineral Resources” of May 24, 2017, a new system has been created in the sphere.

The main tasks of the State Committee for Geology and Mineral Resources are geological exploration of the bowels of the earth, implementation of a unified state policy on their use and protection, management of relations in mining, accelerated development of mineral resource base and ensuring its replenishment, search for new types of resource materials and deposits, introduction of modern methods and high technologies in the geological exploration work, raising the level of professional qualification of personnel.

“Geology of precious metals and uranium” scientific production center of Navoi Mining and Metallurgical Combinat and the “Geology of non-ferrous metals” scientific production center of Almalyk Mining and Metallurgical Combinat are included in the committee. Currently, the State Committee for Geology and Mineral Resources has 32 organizations in 4 areas.

The tasks and powers of the committee have been expanded, the potential for exploring new deposits and increasing reserves has been developed. The number of types of geologically studied minerals increased from 12 to 35.

The industry is being consistently modernized in order to improve the efficiency of geological exploration work. Laboratory and analytical equipment is being updated. For example, if previously 32 elements were detected in the ore of one sample, today 74 useful substances are determined as a result of new modern technologies.

Based on the study of advanced foreign experience, it is planned to introduce an aerogeophysical method and equipment into the geological exploration process from 2018. This will make it possible to determine promising geological resources with high accuracy.

However, a number of actual issues in the sphere are on the agenda. Despite the fact that the State Committee for Geology and Mineral Resources is defined as the responsible body for geological exploration, use, protection and management of the earth’s bowels, its activities are limited only to the implementation of geological exploration work.

At the meeting, the current state of the geology sphere was critically analyzed. It was pointed out that there is no clear mechanism on reasonable use, protection of the bowels of the earth and management of mining, as well as proper attention to this sphere. It was noted that, on the basis of studying the experience of advanced foreign states in this sphere, it is necessary to develop an entirely new structure and directions of activities of the State Committee for Geology and Mineral Resources, to increase its potential.

Within the framework of the State program on development and replenishment of mineral resource base for 2017-2021, geological exploration work is carried out on the basis of the schedule. In the current year, the State Commission on mineral reserves approved reserves on 13 fields prepared for industrial development. By the end of the year it is planned to approve reserves for another 13 fields.

The President of our country drew particular attention to the long-term prospects of mining and metallurgical industry, the role of the sphere in industrialization of the regions. Instructions were given on active attraction of foreign investments into the industry, development of mineral resources and increasing processing volumes, organizing new enterprises and creating new workplaces.

Relevant ministries and departments were entrusted with revision and improvement of the program on development of the mineral resource base.

According to the program adopted at the initiative of the President of our country, 27 projects will be implemented in NMMC in 2017-2026. As a result of these projects worth 3 billion 63 million dollars, production volumes will increase by 30 percent in 2026. Additional 31 thousand workplaces will be created.

The need to approve a program of measures on ensuring these important projects with reliable electricity supply was emphasized.

The AMMC is implementing 18 investment projects with a total value of over 2 billion 720 million dollars. Among them, the most important are the development of “Yoshlik-1” and “Yoshlik-2” fields, construction of “Samarchuki” underground mine and the cement plant in Sherabad district of Surkhandarya region.

At the meeting it was recommended to accelerate the development of “Yoshlik-1” and “Yoshlik-2” fields.

During the trips of the President of our country Shavkat Mirziyoyev to the Republic of Karakalpakstan and the region, about 80 tasks in the sphere of geology were determined. In particular, work has begun on a sharp increase in groundwater resources and providing the population with potable water, expanding the mineral resource base and industrial development of deposits in Angren and Almalyk.

Reports of responsible persons on these issues were heard.

Special attention was also paid to issues of training personnel. The necessity of organizing a specialized higher educational institution under the State Committee for Geology and Mineral Resources, giving great importance to carrying out scientific research, strengthening cooperation between industrial enterprises and the education system for providing the sphere with modern specialists, was emphasized.

At the meeting, issues of organization of geological exploration work on the basis of advanced technologies, the use of unoccupied opportunities, further enhancing the socio-economic potential of the industry were analyzed. Actual tasks facing the ministries, committees and combinats were determined.