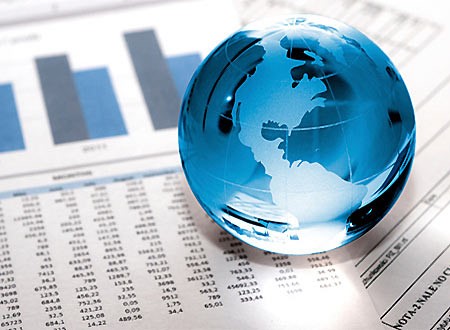 As a result of the government's policy aimed at ensuring freedom of speech, the domestic media scene is becoming increasingly active, with representatives of the blogosphere and users of social networks discussing current social and political subjects.

An analysis of the dynamics of the domestic media space reveals that the cross-platform Telegram remains the most popular source of receiving and distributing information among the country's Internet community. For instance, the total number of channels in the Uzbek segment of the messenger, according to tgstat.com analyzer, is 101,000, and the number of active groups amounts to about 12,000. In addition, it is worth noting that the total number of audience exceeds 574 million users. In terms of popularity of this platform within the country, Uzbekistan ranks 4th in the world after Russia, Iran and India.

As for social networks, the most popular platforms are Facebook and Instagram with a combined audience of 6.9 and 5.7 million active users respectively, which have shown rapid growth over the past three years. The least visited social media platforms are Linkedin (376,000 users) and Twitter (29,000 users). Moreover, on Twitter there is a decrease in the number of followers from 83,000 in 2019 to 29,000 in 2021, due to the blocking of this platform in RU.

As for the Russian social network Odnoklasa.ru, it has 17.7 million users from Uzbekistan, but in practice is not as popular as Facebook and Instagram.

Web development has also seen rapid growth. Thus, from the second quarter of 2018 to today, the number of active domains has increased by 74%, namely from 60,457 to 105,045. The largest web resources in the domestic media space are Kun.uz (6.2 million visits per month), Daryo.uz (3.9 million) and Qalampir.uz (2.9 million).

It is noteworthy that from 2019 to 2022 the number of Internet publications increased by more than a quarter from 539 to 677.

As far as the domestic blogosphere is concerned, the activities of local bloggers can be divided into three main areas: entertainment, socio-political and review. It is worth noting that the most popular members of the domestic blogosphere mainly distribute their content on social platforms such as Instagram, YouTube, Telegram and Tik-Tok with a combined audience of over 70 million users, of which 52 million (74.3%) subscribers come from bloggers with entertainment content.

It is important to emphasize that, despite the fact that only 10% (7 million subscribers of the top five bloggers in this field) of the total audience consists of bloggers covering sociopolitical issues, given the long-standing sociopolitical and economic problems in the country, their publications are the most circulated in social media.

In addition, the topic of cooking is quite popular in the blogosphere in terms of thematic areas, with more than 4.3 million followers. The so-called "reviewers" (of cosmetics, cars and other thematic areas) together have 3.8 million people. Whereas travel-blogging is the least popular in the domestic blogosphere with 1.8 million users, which is an unsatisfactory result given Uzbekistan's tourism potential.

There are underdeveloped sectors in the domestic blogosphere.

These include a paucity of blog reviews on educational courses (guidebooks), blogs on family relationships, psychology, travel, interior design and construction, as well as on programming and the games industry. In addition, the domestic media sphere has a poorly developed film review sphere, which, along with the above-mentioned areas, is widespread abroad, occupying more than 80% of the entire blogosphere.

As analysis has shown, the domestic virtual community reacts much more actively to critical infomercials than to positive ones, which is due to a number of factors.

For example, in the second quarter of 2022, a number of negative events occurred that received a high user response on the Internet. Among these events we can mention:

- the situation around the rising cost of flour, bread, sugar and other types of food;

- overflowing of the Tupalang reservoir dam in Surkhandarya province;

- flooding of the streets of the capital city after heavy rains;

- infomodal arising as a result of rash actions of some ordinary citizens (violence against children and women, cases of lynching, etc.);

A study of materials with a positive attitude to the five most publicly significant news items over the same period showed that they enjoyed considerably less interest among the virtual community.

- decision of the Republican Special Commission to lift all the coronavirus restrictions as of June 10 this year;

- news about possible abolition of fees for windshield tinting;

On the basis of the above, it may be noted that positive materials evoke sympathy among representatives of the Internet community towards the Republican leadership, and news about the initiatives of government agencies aimed at improving the welfare of average citizens serve as generators of positive comments from users.