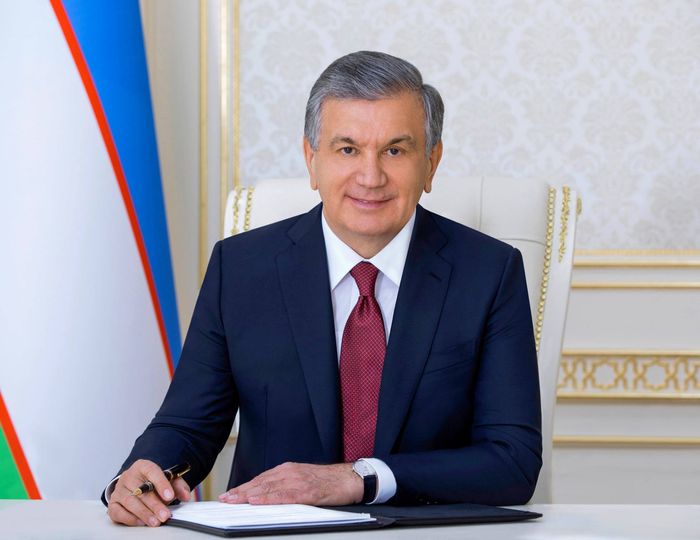 Placing investments at heart of the comprehensive reform program in Uzbekistan, the Honourable President set out his vision in the annual address to Parliament, where he emphasised the main goal of the reform programme was ‘to ensure that every single individual living in our country, irrespective of ethnicity, language and religion, lives free, peaceful and wealthy life, being satisfied of today’s life.’.

The Launch of Public-Private Partnerships

The Honourable President laid out the pathway to success which included creating the necessary conditions for an open economy, sound competition, the overhauling of the business and investment climate, reform of the banking system and intense development of the private sector.  A core component of the strategy was to reduce the government’s footprint in day-to-day business activities by expanding the role of the private sector in the development and delivery of goods and services. Government’s role will be transformed to one of longer-term strategic planning, an enabler and facilitator of economic activities and a business partner to entrepreneurs.

In line with this strategy, the Honourable President announced in December 2018[1] that ‘Some functions of the state governance should be transferred to the private sector on the basis of public-private partnership…’

This led to the launch of the PPP Programme in Uzbekistan with the full support of the Honourable President.  The objective for government, which perhaps may have been seen as ambitious by PPP commentators, was in keeping with the confidence and vision of the reform programme - to establish in Uzbekistan one of the leading emerging market PPP programmes in the world.

Successful development of PPPs are not only related to the introduction of PPP specific measures but contingent on wider aspects of the Uzbekistan’s regulatory, institutional, financial and administrative systems and requirements.

The government’s approach to investors and the overall investment climate is crucial.  The ease of doing business will be of specific interest to potential investors as they assess the potential hurdles to effective and efficient investment operations. Convertibility of currency and repatriation of returns are important requirements. The application of rule of law and non-discrimination in terms of investment opportunities are vital.

In this context the reform programmes introduced by Uzbekistan already has had a significant positive impact. Indeed, the pace of the reforms and the successful realisation of the benefits has been widely noted in the international community.

In the 2020 World Bank ‘Doing Business Report’[2], which compares business regulation in 190 economies, Uzbekistan has been ranked at number 69.  This is an improvement of 18 places within the space of 4 years from when Uzbekistan was ranked at 87 in the 2016 report[3].  Uzbekistan’s current ranking places it ahead of long-established emerging markets such as Vietnam, Jamaica and Indonesia and even developed nations like Luxembourg. Indeed, in some of the key areas that relate to PPPs, for example ‘Starting a Business (ranked at 8)’ or ‘Enforcing Contract (ranked at 22)’, Uzbekistan has one of the best global environments.

Gallup’s report on Global Law and Order, assesses how well a country has addressed and mitigated potential conflict, insecurity, weak institutions and limited access to justice that may threaten sustainable development. In their recent 2020 report[4], Uzbekistan was assessed as having one best ‘Global Law and Order’ environment, it was ranked at number 6 with the same assessment scores as other countries, such as Norway, Switzerland and the UAE and behind Singapore, which achieved the top ranking.

Key to this transformation has been the range of measures introduced to encourage foreign investment. This included the liberalisation of the foreign currency market, simplification of business registration procedures, streamlining of the tax system, enactment of legal provisions to ensure there is no discrimination against foreign investors, increasing transparency in government functions, provision of visa free travel to 86 countries, in addition to others.

The impact of these reforms have already had a dramatic impact in increasing foreign direct investment in the country, which as a percentage of GDP has recorded an average annual growth rate of 2.56%[5] between 2016-2019. With the launch of the PPP programme, the expansion in the pipeline of PPP transactions and continued supporting reforms in enhancing the investment climate, it is expected that investment into Uzbekistan will continue to flourish and the pace of FDI growth will continue to increase.

With strong political will and support for PPPs and reforms already well underway for enhancing the investment climate. two of the five  key building blocks for designing a successful PPP programme are already in place in Uzbekistan. Significant progress have also been made In relation to the remaining three building blocks relating to the regulatory framework, experienced resources and well developed project,

PPPs are a mechanism for procuring public services, however, the nature of PPPs are quite different to traditional public procurement.  The focus on service outputs, clear risk allocation between the parties, longer term contracts, upfront private partner financing and performance-based contracts, underpinned by the ethos of partnership means that a separate legislative framework is necessary for PPPs compared to standard procurement legislation.

With importance of a legislative framework in mind the Government of Uzbekistan enacted the Public-Private Partnership Law in May 2019, within 6 months of the launch of the programme.  The legislation developed with the support of IFIs and international PPP practitioners provided a comprehensive framework for the enacting PPPs in Uzbekistan.  The PPP law set out the governance, approval and institutional framework for PPPs, clarified the process for project initiation, detailed the tender arrangements, clarified the rights and obligations of the PPP parties, and established a framework to protect and provide incentives to private partners and creditors. In January 2021, the PPP Law was further enhanced to provide additional protection for investors in relation to currency control rules and the establishment of special purpose vehicles, ensure additional rights for creditors and to streamline and accelerate procurement procedures.

The Government has established the PPP Development Agency as the dedicated agency to facilitate and support the PPP programme.  As the expertise in the PPPDA is being built up, the government has brought in experienced international PPP practitioners as in-house advisors to support the Agency. Furthermore, the government is appointing dedicated teams of transaction advisors, including technical, legal, financial, and E&S specialists to help in the development and tendering of PPP projects.

The government is working closely with International Financial Institutions, such as the Asian Development Bank, World Bank Group and the European Bank for Reconstruction and Development, not only for transactions support but also for upstream policy and resource support and the sharing of global experiences and lessons learnt.

Once projects are identified the PPP procedures set up a rigorous mechanism for screening the project based on the completion of feasibility studies which are carried out with the support of internal and external experts.  Once projects are approved as PPP, the government, with the support of local and international experts, ensure that projects are structured to be consistent with global PPP practices while taking into account local requirements to maximise chances of successful implementation.

With the foundations of the PPP programme in place, the Honourable President, in his annual address had announced plans for the implementation of 40 medium and large PPP projects in 2021[6].  The target although perhaps challenging for many emerging market PPP programmes, was reflective of the pace of progress in Uzbekistan.

It is reassuring to note that at the halfway point of the year the PPP Development Agency have reported there are 23 projects with an estimated value in excess of $1.8bn at different stages of the pipeline; with 6 projects awarded, 13 projects in negotiation and 4 projects in procurement phase.  Projects have been developed across a range of different sectors including, energy, health, transport, education, water, waste and sewerage, agriculture and culture.

The response from the international investor community has been reassuring with the initial solar and wind energy projects each receiving interest from well over 50 investors; significant interest has also been noted in other areas such as health dialysis and the wastewater treatment with formal interest submitted by over 10 and 20 international bidders respectively.

Building on a Strong Platform

Since the launch of the PPP programme the government has rapidly established the necessary foundations and has successfully launched the initial batch of PPP projects to significant international investor interest.

The government is continuing to work in partnership with IFIs and other international experts to further enhance the PPP offering in Uzbekistan. A number of initiatives are being explored including the development of an infrastructure financing vehicle to increase access to longer term financing. The application of the principles of Public Investment Management Assessment framework in infrastructure and PPP planning to ensure a structured process for prioritising investment and development of a comprehensive pipeline of PPP transactions.  Development of guidance documents and capacity building programmes to upskill government resources and their insight of PPPs. Implementation of an integrated and comprehensive project database that connects individual projects to international investors through a global project platform in order expand visibility of investment opportunities. The launch of sector-based initiatives are also being considered, where projects will be launched as pilots before being replicated and rolled out as a wider programme.

The government is currently working on a pipeline of medium and large projects valued at approximately $1.7bn which is expected to be launched for tender over the next twelve months across a number of different sectors. With the successful completion of the on-going PPP projects and the further reforms that are being introduced we expect the PPP market in Uzbekistan to continue to expand and become even more vibrant.

Investing in infrastructure has been identified by government as one of the key drivers for economic growth and prosperity of Uzbekistan. By building on the successful launch of the PPP programme and transforming it into a leading emerging market PPP destination, the Government believes it will help to accelerate the economic transformation that is envisioned by the Honourable President and ensure the expanded delivery of quality infrastructure services for the nation.

[1] Address by the President of the Republic of Uzbekistan Shavkat Mirziyoyev to Oliy Majlis, 28 December 2018