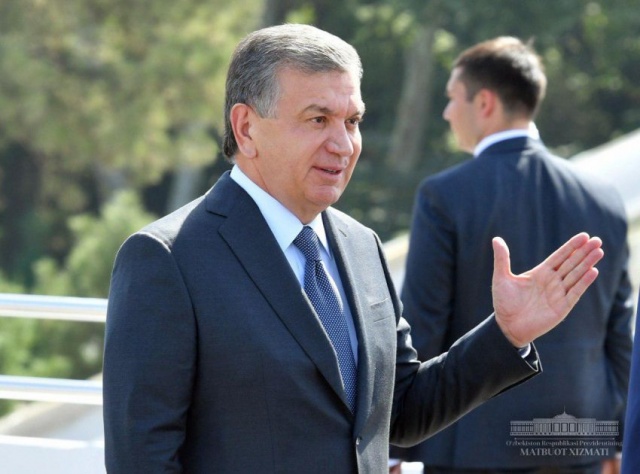 President Shavkat Mirziyoyev held a meeting on the issues of development of economy of Shaykhantakhur district, solving problems in housing and communal sector.
Sufficient funds are allocated from the State budget for development of production and social infrastructure. Tax revenues in excess of the forecast remain at the disposal of local budgets, khokimiyats are given wide powers for their expenditure.
For example, this year in Tashkent it is expected to receive taxes on 2 trillion sums more than predicted, 1.5 trillion sums out of them will remain in local budget, which is ten times more than in 2017.
– Tashkent has never received so much money before. Why do we leave 1.5 trillion sums for the city? To solve the accumulated problems, improve the living conditions of people, build houses, kindergartens, create jobs. If so, then the leaders at places should work with greater dedication, be committed to the affair. No one will come from outside and do this work for us, – the President said.
Before the meeting, socio-economic situation in Shaykhantakhur district was studied, during which many problems and shortcomings were revealed. The President noted that these problems should serve as a lesson for the district's khokim, makhallas’ activists and heads of central agencies.
In order to eliminate the identified problems and improve the living conditions of the population, instruction was given on improvement of the target roadmaps for 51 makhallas of the district and ensure control over their implementation.
– At the same time, it is necessary to pay special attention to development of entrepreneurship, improvement of makhallas, construction of sports and children’s playgrounds, material assistance to socially vulnerable groups of the population. It is necessary to develop a targeted program on ensuring employment of 20 thousand residents of the district in the context of four sectors, – the Head of the state said.
Shavkat Mirziyoyev talked with entrepreneurs at the meeting. The President gave instructions to responsible persons on solving problems of entrepreneurs, supporting their plans and proposals.
Close