The current geopolitical and geoeconomic situation of Uzbekistan: challenges and opportunities 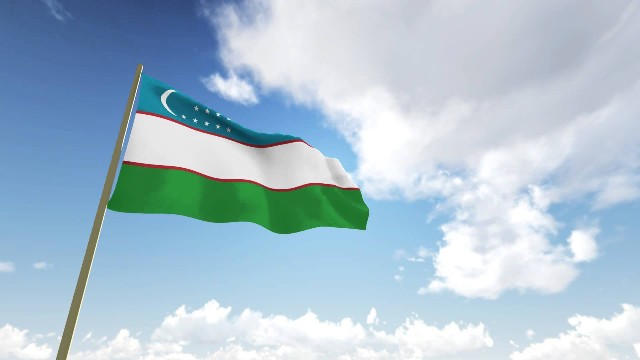 The current geopolitical and geoeconomic situation of Uzbekistan: challenges and opportunities

A commentator once remarked that “everything is geopolitical in Central Asia.” Granting that this is true, we should further add that any talk about geopolitics cannot be without references to geoeconomics, especially when it comes to recent developments taking place in the heart of Central Asia, as exemplified in – and to some extent a result of – the foreign policy of Uzbekistan of the last five years or so.

In the period immediately following the collapse of the Soviet Union and the emergence of the newly independent states (NIC) Kazakhstan, Kyrgyzstan, Tajikistan, Turkmenistan and Uzbekistan in Central Asia, the main powers with noticeable and overt interests in Central Asia included Russia, a former hegemon, as well as Turkey and Iran with their strong linguistic bonds to the newly formed nations of the region.

Today, though, the Central Asian geopolitical scene is more complex. The United States increased its involvement in the region in the early 2000s, mainly in Afghanistan, as part of its fight against terror. China began to see the region as an opportunity to extend further its growing economic and infrastructural reach. The European Union, too, recently expressed its intent to seek sustainable, comprehensive and international rule-based connectivity between Europe and Asia, including Central Asia.

The task of navigating the shifting sands of the Central Asian geopolitics naturally presents a challenge to Uzbekistan, a country long known for its independent foreign policy, as demonstrated by its relations with its immediate neighbours and other players in the region. Neorealist theory of international relations tells us that secondary countries, caught between stronger powers, choose strategies of balancing against or bandwagoning with one of the stronger powers. However, it seems that Uzbekistan, instead of balancing or bandwagoning, is following a multi-dimensional foreign policy with a strong and strategic economic undercurrent.

At the close of 2019, China became the largest trade and economic partner of Uzbekistan. Growing consumption in China and a gradual change in consumer tastes due to the growing middle class is seen by Tashkent as an opportunity to gain a long-term entry into the Chinese food market. For several years now, Uzbek exporters have been supplying certain types of agricultural products, mainly fruits and dried fruits, to the PRC, and have already become leaders in a number of niche areas.

That same year, Russia occupied the second place as the leading foreign trade partner of Uzbekistan with an indicator of mutual trade turnover of $6.626 billion. Russia is also the second largest destination for exporting textiles, food products, chemical products, machinery, and cotton. Before the coronavirus pandemic, nearly 2.2 million labour migrants from Uzbekistan worked in the Russian Federation, and in 2019, these migrants transferred $4.7 billion from Russia to their homeland in remittances.

At the same time, there is a growing awareness among policymakers that the task of achieving maximum efficiency in long-term development – especially with regard to the development innovative industrial sectors, obtaining sovereign credit ratings, improving positions in international ratings, cooperation with international financial institutions – is only possible through cooperation with a group of mainly Western partners.

The North American and Western European stock exchanges play a decisive role in the global trading of stocks and bonds, and Uzbekistan, therefore, seeks to establish cooperation with them. For example, in November 2020, Tashkent placed two tranches of sovereign international bonds with a total amount of $750 million on the London Stock Exchange with maturities in 2030 and 2023, respectively.

These examples suggest an economic undercurrent of the foreign policy that has shifted its focus away from security toward prosperity. In particular, there has been a shift from the previously prevailing emphasis on security toward ensuring sustainable socio-economic development of the country. Security issues are now regarded as a factor providing conditions for economic growth. Where there is a tough clash of interests, say, in building military alliances, Uzbekistan shows a clear preference for the policy of non-alignment with military-political blocs and for preventing the deployment of foreign military bases and facilities on its territory.

From geopolitics to geoeconomics

As the economic component began to play a more significant role in the formation of a new model of development in Uzbekistan, the term “economisation” has been used within expert and journalistic circles to describe the new philosophy of international cooperation, which is becoming a distinctive feature of the modern foreign policy of Uzbekistan. As part of this process, the country galvanised toward a more active and deeper integration into the international financial, trade and economic space.

Uzbekistan significantly increased its cooperation with international financial institutions, such as the International Monetary Fund, the World Bank, and the Asian Development Bank, having also launched the process of consultations on the accession of the country to the WTO. For the first time in its history, Uzbekistan received sovereign credit ratings from the big three rating agencies – S&P, Moody’s and Fitch.

Uzbekistan has made significant progress towards obtaining the status of a beneficiary of the Generalized Scheme of Preferences of the EU (GSP+). On November 30, 2020, Tashkent received a positive decision from the European Commission and, if approved by the European Council and the European Parliament, Uzbek exporters will be able to enjoy unilateral tariff preferences when exporting up to 6200 types of goods into the EU.

It is possible that a free trade agreement between Uzbekistan and South Korea may be concluded in the foreseeable future. The desire of the South Korean side to speed up negotiations on this matter was announced by President Moon Jae In. South Korea is the fourth most important trade and economic partner of Uzbekistan with an indicator of mutual trade turnover of $2.755 billion in 2019.

In 2019, Uzbekistan joined the Turkic Council, which includes Azerbaijan, Kazakhstan, Kyrgyzstan and Turkey as its members. A reason for gaining membership in the Turkic Council is to expand trade, economic, scientific and technical cooperation with the closest neighbours in the region by creating favourable conditions for trade and investment, further simplifying customs and transit procedures, financial and banking operations.

On December 11, 2020, Uzbekistan received observer status in the Eurasian Economic Union (EAEU), which can be considered as a necessary step to assess the pros and cons of a closer cooperation with this organization, primarily for the economic development of the country. The EAEU countries are its main trade partners, as evidenced by the growth of trade with them in recent years, as well as the creation of thousands of joint ventures.

Soft power and the Afghan problem

The new foreign policy of Uzbekistan provides for a more active use of “soft power” as a foreign policy instrument, as exemplified in its relations with Central Asian countries, including Afghanistan.

For more than four decades, the war, conflict, and instability in Afghanistan have been a serious obstacle to the social and economic development of the Afghan people. Afghanistan should be regarded as an integral part of Central Asia, and the fate and concern of the Afghan people is a common problem of the entire region, insofar as it is impossible to talk about a peaceful and secure Central Asia without resolving the problem of neighbouring Afghanistan and ending the conflict.

At the same time, from an economic point of view, the construction of a transport and trade corridor through Afghanistan will provide our country with access to the ports of the Indian Ocean and the Persian Gulf. In this regard, it should be noted that the implementation of the Trans-Afghan transport corridor (for example, Mazar-i-Sharif – Peshawar) will provide the shortest access of the Central Asian states to seaports in the Indian Ocean and the Persian Gulf. This will reduce the cost of transportation of goods. The implementation of such a project will lead to a decrease in the cost of products that enter domestic market through imports.

The strategy of soft power implemented by Tashkent can be seen in the provision of education and training to Afghan students. In 2017, an Uzbek-Afghan training centre was created in Termez to train personnel who will work towards expanding Uzbek-Afghan cooperation. As of 2019, 96 Afghans have graduated this institution. A recent memorandum signed between the ministries of higher education of the two countries on sending Afghan students to study at universities in Uzbekistan will surely give a further impetus for the further development of the “soft power” strategy in relation to Afghanistan.

Close to the end of 2019, Afghanistan became the 8th most important trade and economic partner of Uzbekistan with a bilateral trade volume of $618 million. Tashkent’s assistance in promoting projects aimed at integrating Afghanistan into international trade and economic relations can be viewed as an element of its “soft power”. One such project is the construction of the Trans-Afghan railway corridor. On December 2, 2020, the heads of the two countries reached an agreement on a joint appeal to the world’s leading countries and international financial institutions in order to obtain their support and facilitate the implementation of this project.

In lieu of conclusion

Over the past five years, Uzbekistan has managed to form a new foreign policy aimed at resolving the geopolitical challenges it faces today, namely a foreign policy characterised by the emergence of new directions and the transformation of the philosophy of traditional spheres of its activity, and, on the other, by the application of a model of a balanced multi-dimensional system of strategic partnership.

It should be noted that this is undoubtedly a complex model, which is likely to become even more complicated in the future, taking into account both the challenges generated by the global and regional political, economic and value spaces, and the internal changes in Uzbekistan due to its own goals and interests. All this ultimately creates a demand for further intellectualisation of foreign policy, increasing its flexibility and activity as necessary factors for maintaining the dynamism of reforms and transformations in the country.