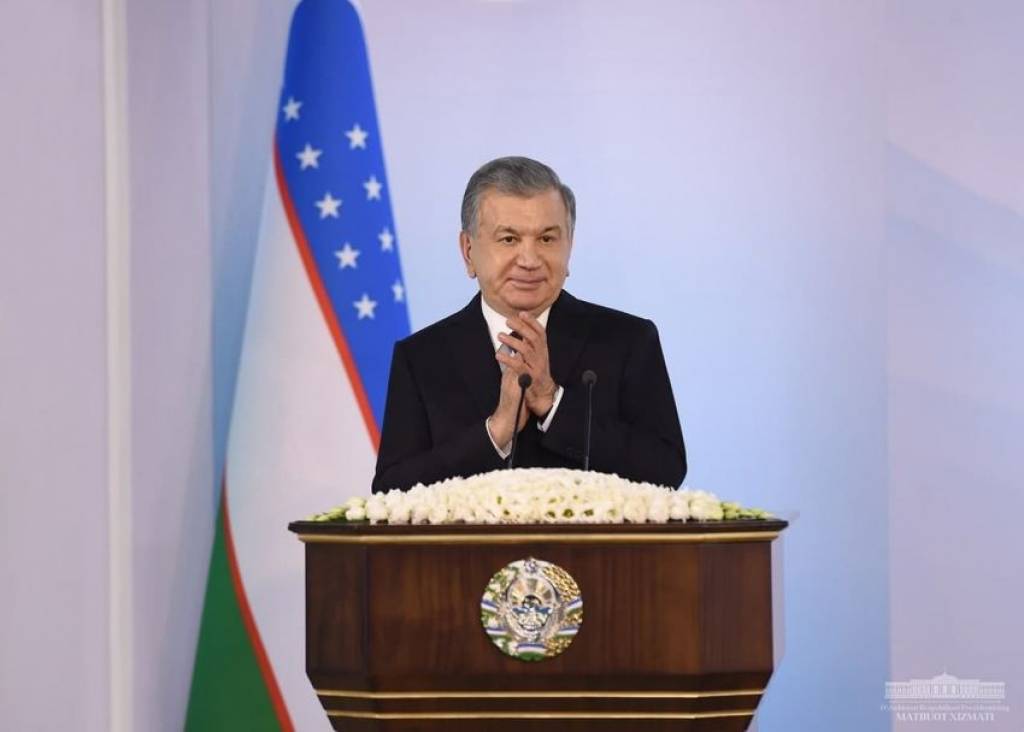 The Head of the state called the opening of this complex, which is important for the country’s economy, a historic event.

Construction of the plant began in February 2017. In August 2018, the President got acquainted with the progress of work at the facility. Despite various difficulties, including those associated with the coronavirus pandemic, the construction of this giant enterprise was successfully completed thanks to the knowledge and hard work of thousands of selfless people.

Shavkat Mirziyoyev expressed gratitude to the designers and builders, foreign partners who contributed to the construction of the plant.

“We pay special attention to the formation of an innovative economy, the creation of a modern industry, a favorable investment climate, expansion of partnership with other countries and leading foreign companies. The commissioning of Tashkent Metallurgical Plant, which is unique in all respects, is a clear confirmation of the effectiveness of our efforts in this direction”, the President said.

The Head of the state dwelled on the economic effect expected from the new complex. The low level of development of ferrous metallurgy in the country complicated the activities of domestic industrial enterprises. Tashkent Metallurgical Plant will annually produce 500,000 tons of zinc and polymer coated metal sheets. This will allow meeting the needs of hundreds of enterprises engaged in production of building materials and metal structures, household appliances, electrical and food products. Previously, this need was met mainly through imports.

In the future, the plant’s products will also meet the needs of the domestic auto industry, agricultural machinery.

About $400 million will be saved due to the production of import-substituting products at the first stage of the enterprise’s activity. The localization level will increase.

For example, in the prime cost of sandwich panels and roofing materials, the share of primary products manufactured in Uzbekistan will grow from 50 to 90 percent. In the case of ventilation and air conditioning systems, this figure will increase from 30 to 50 percent, household electrical appliances – from 35 to 50 percent. Consequently, the final product will become cheaper. In addition, the plant will provide exports of $90 million per year.

The complex will employ about 700 people. In general, including related industries, it is planned to employ 5,000 people.

In the near future, the new enterprise will establish close cooperation with the metallurgical plant in Bekabad, which is currently implementing a project worth $800 million to build a casting and rolling complex with a production capacity of 1 million tons. The plant’s products will serve as raw materials for Tashkent Metallurgical Plant. This will bring the level of localization of sheets with zinc and polymer coating to 90 percent.

“The main goal of our efforts is to create a cluster with a full cycle of production of finished metal products from scratch”, Shavkat Mirziyoyev noted.

The Head of the state drew attention to the fact that the plant is starting to operate in the newly formed Tashkent city’s Yangikhayot district. He noted that a new generation of engineers, designers, metallurgists and other specialists will be formed at the enterprise, which in turn will serve as a solid foundation for the creation of modern enterprises in the future.

“If you remember, we have set ourselves the goal of getting out of the coronavirus pandemic even stronger. Today, when this difficult year comes to an end, we can confidently say that our efforts are yielding positive results. After all, you yourself see what is happening in the world and what is happening in Uzbekistan. God willing, at the end of this month we will open the Sergeli Metro line. May we have more such bright days”, emphasized Shavkat Mirziyoyev.

The Minister of Industry and Trade of the Russian Federation Denis Manturov thanked the President of Uzbekistan for the development of cooperation between the two countries, the support provided to large projects.

It was noted that the International Investment and Industrial Exhibition “Innoprom”, scheduled for April next year in Tashkent, will serve the development of new promising projects.

The President has launched the plant by pressing a symbolic button.