What ideas do political parties advance 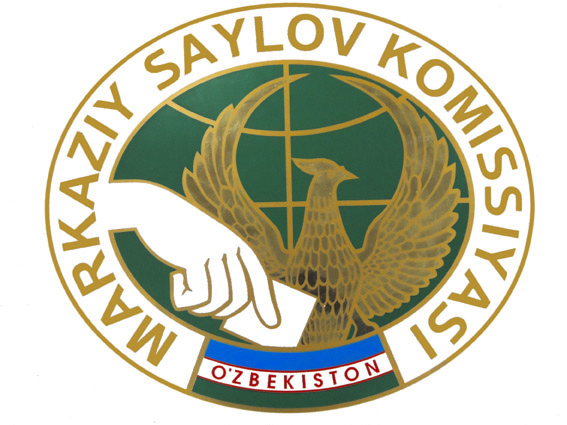 What ideas do political parties advance

23 days away from the presidential elections in Uzbekistan, we offer our readers the basic ideas being pushed forward by the country’s political parties who have nominated their candidates for the post of President of the Republic of Uzbekistan.

The Milliy Tiklanish (National Revival) Democratic Party of Uzbekistan may conventionally be classified as a moderate conservative movement. In the political specter it is a right-wing party. Its parliamentary group in the Legislative Chamber (lower house) of Oliy Majlis (Supreme Assembly) formed a Bloc of Democratic Forces with Uzbekistan Liberal Democratic Party (UzLiDeP). Representatives of creative intelligentsia, workers of culture, art and information spheres, patriotically-minded youth and craftspeople make up its electorate.

The party attaches special attention to the issue of national revival, which is understood as the awakening and strengthening of national identity. It comes out for preservation and development of historically-shaped state and public life in compliance with the relevant national traditions, its moral and legal framework embodied in the nation, religion, family, and in support of the ideas of national unity and independence.

In the socio-political sphere the Milliy Tiklanish DPU considers it necessary to consolidate the national statehood, stands in support of traditional democratic institutions, which promote national revival. It supports the idea of cementing the cohesion of the people and all citizens of Uzbekistan irrespective of their ethnicity, religious beliefs, social status and origin.

In the economic sphere the party considers it important to ensure the country’s economic and food independence and stands for securing full support of domestic commodity manufacturers, development of traditional types of national production – craftsmanship and family entrepreneurship. Its priority is development of tourism as an efficient tool for popularization and promotion of national culture and history.

In the social sphere the priority for the Milliy Tiklanish party is protection of the institution of family and women’s and children’s  spiritual and physical health, fostering a comprehensively advanced youth, as well as securing information-ideological protection of the society, countering any acts capable of undermining the society’s spiritual and moral foundations.

Pursuing proactive foreign policy aimed at firmly upholding the national interests, extensively disseminating the Uzbek people’s achievements in culture and arts, shaping the Republic’s positive image in the international arena – these are the party’s priorities in the external sphere.

Guarding the interests of property owners

The Movement of Entrepreneurs and Businesspeople – the Liberal Democratic Party of Uzbekistan (UzLiDeP) holds the center right in the political specter and preaches liberal democratic values based on modern democracy, interpreted as a representative democracy, the essence of which rests in the competition among political groups for the voters’ voices, while its major value is human rights and freedoms.

The parliamentary group of this party in the lower chamber of parliament, having won the majority on the results of 2014 general elections, formed the Bloc of Democratic Forces with the Milliy Tiklanish DPU. In compliance with Article 98 of the Constitution of the country, UzLiDeP nominated a candidate for the post of Prime Minister for the first time in Uzbekistan’s history of parliamentarianism.

UzLiDeP electorate is made up of the middle class of property owners, entrepreneurs and businesspeople, farmers and representatives of small businesses and services sector.

The party stands for the priority of the rights and interests of an individual, inviolability of private ownership, liberalization of economy, democratization and modernization of public life and governance, creation of conditions for shaping and promoting the middle class – a basis for a robust civil society; it favors competition and freedom of economic activity.

The party’s priorities in the economic field include diversification of economy, delivery of an environment conducive for the advancement of entrepreneurship and small business, simplification of procedures and price reduction in registering business entities, in customs clearance, as well as all-round and full support for farming enterprises and household rural farms, and enhancement of market relations in the countryside.

UzLiDep comes out for the conception of prerequisites for every person’s self-actualization, for civilized participation of Uzbekistan’s citizens in the international labor market.

Providing for reliable protection of the rights and interests of property owners, entrepreneurs, farmers and businesspeople, expanding the businesses’ access to commercial courts, working out alternative non-judicial dispute resolution measures – these are the priorities of the party in the judicial-legislative field.

In foreign policy the party deems it necessary to create favorable external political conditions for effective implementation of the ongoing democratic reforms in the country. It supports such principles of peaceful cooperation as forestalling the threats to the political sovereignty and inviolability of state borders, use of force or the threat of its use, and advocates adherence to the basic principles enshrined in the United Nations Charter.

Provision for social equality and social security, support for low-income families and vulnerable strata of population, preservation and consolidation of the role of the state in different spheres of life are this party’s major ideas.

The PDPU advocates cementing the state with an effective and robust authority, ensuring the protection of interests of pensioners, the disabled and other socially susceptible layers of population, as well as raising the responsibility of local bodies of government and economic administration along with citizens’ self-government bodies for the efficient execution of resolutions in the interests of those categories of populace.

The development of regulated and socially oriented market economy, which secures proficient interaction of market mechanisms and the rules established by the government in the sphere of social policy, fair distribution of economic benefits in favor of low-income groups of people – such are the priorities of the party in the economic field, while in the social sphere they include the pursuance of potent policy in the interests of low-income and socially vulnerable strata of population.

Proactive and consistent external policy directed towards building up constructive relations with other states on the principles of non-interference in internal affairs, equality and mutual benefit are the priorities of the PDPU in foreign policy.

Justice for every person

The Adolat (Justice) Social Democratic Party of Uzbekistan (SDPU) holds the left centrist position in the political specter in our country.  Its faction in the lower house of parliament, similar to that of the PDPU, proclaimed itself an opposition to the Bloc of Democratic Forces. The idea that social progress boils down to achievement of equality and social justice rests at the foundation of this party’s ideology.

The major ideas of SDPU include provision of access to social and economic opportunities, justice and solidarity, commitment to a fair civil society and socially oriented market economy.

The party stands in favor of creating a welfare state for all, consolidation of the principles of freedom, equality, social justice, and active participation of the wider public in taking decisions on major issues in the country’s development.

Social orientation of the market economy, modernization and technical renovation of production, transition to innovative development of economy, introduction of advanced technologies into different sectors of economy, and stimulation of broader utilization of renewable sources of energy are Adolat’s priorities in economic advancement.

In the social sphere the party deems it expedient to realize the principle of equal rights and opportunities, to secure decent living conditions to every citizen, and prevent a high level of society’s social stratification on the basis of incomes and access to social services.

Strengthening the principles of openness and transparency in the operation of courts, competitiveness and equality of the sides in trial proceedings, and effective public scrutiny of the activities of law enforcement agencies are the priorities of the party in the judicial sphere.