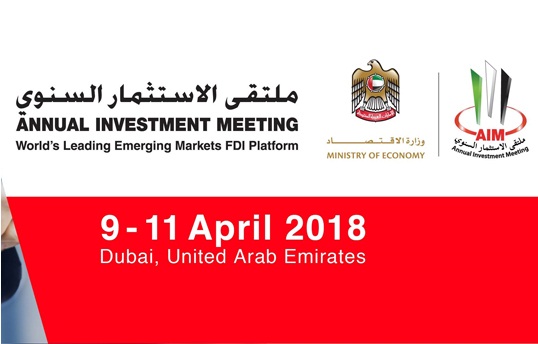 The forum is considered one of the main international platforms for establishing contacts and attracting potential foreign investors. More than 19 thousand guests from 140 countries attended the opening ceremony of the event. AIM participants seek to discuss current developments in industries such as energy and mining, manufacturing, agro-industrial sector, infrastructure and logistics, tourism and hospitality business, finance and banking, trade, information technologies and telecommunications, real estate, consulting.

The meeting is organized by the UAE Ministry of Economy under the patronage of the UAE Vice President, Prime Minister and Ruler of Dubai Sheikh Mohammed bin Rashid Al Maktoum.

As the forum moderator stressed, the award is granted for a worthwhile contribution to labor-intensive work on attracting foreign direct investment that generates economic benefits in substantial quantities, as well as for efforts in general to develop the economy and expand the market.

Uktam Islamov, deputy hokim (governor) of the Navoi region for investments, innovation and tourism represented Uzbekistan at the event.