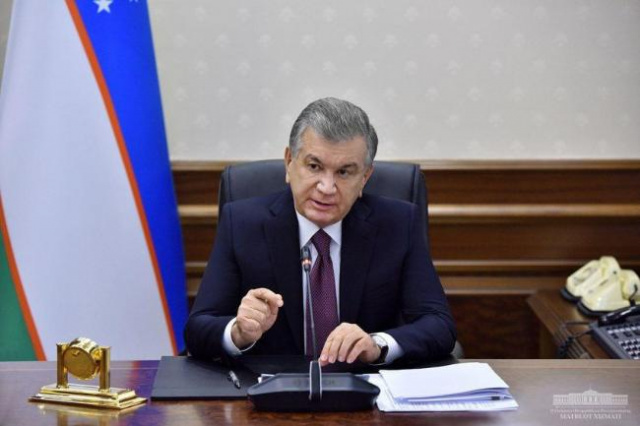 President of the Republic of Uzbekistan Shavkat Mirziyoyev has chaired a videoconference to discuss the effectiveness of reforms in forestry.
Forestry plays an important role in expanding the resource base of the economy, creating new jobs and improving the environmental situation.
Over the past three years, special attention has been paid to the accelerated development of this sphere. The total area of the country’s forest fund has been brought to 12 million hectares.
In particular, protective afforestation of 1.2 million hectares has been created on the dried bottom of the Aral Sea. 10 thousand hectares of forestlands that are withdrawn from circulation have been reclaimed. Walnut plantations on 5.5 thousand hectares, food crops and medicinal herbs on 4 thousand hectares have been planted and 3 thousand new jobs created. 64 biological laboratories have been created in forestry for the first time.
It was noted that there are unused opportunities in this sphere. Priorities for the future have been identified. Issues of development of forestlands with involvement of the private sector, expansion of horse breeding, animal husbandry, seed production, nursery and tourism were discussed. 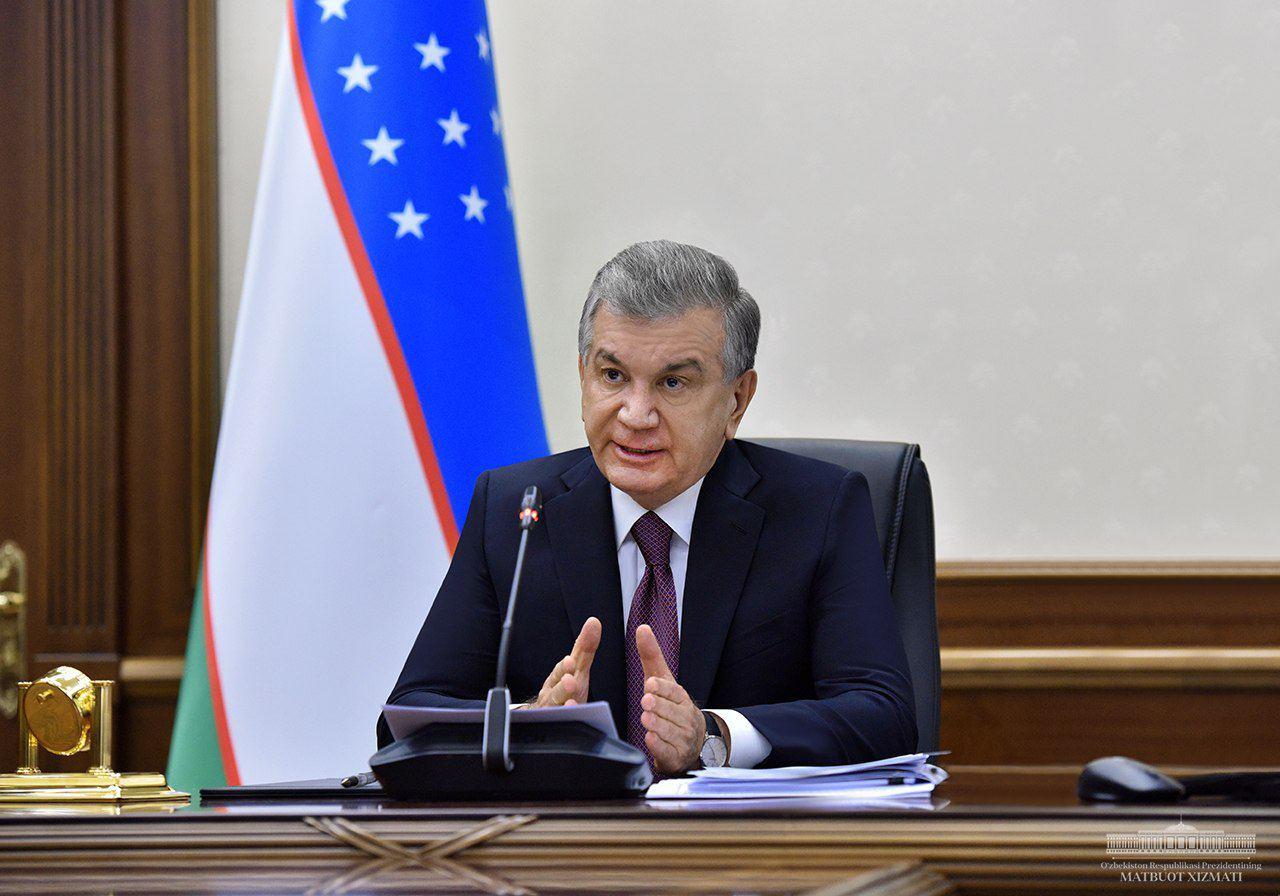 The possibility of creating another 50 thousand hectares of forest plantations and organization of walnut, pistachio and almond plantations in Jizzakh, Navoi, Samarkand, Surkhandarya, Kashkadarya, Namangan and Tashkent regions was indicated.
Due to the fact that furniture enterprises import 90 percent of raw materials from abroad, it was instructed to allocate land for them to grow paulownia and other trees suitable for making furniture using the cluster method.
The importance of introduction of subsidies and benefits for the development of forestlands, as well as financial support for the purchase of irrigation pumps and drilling wells was emphasized.
Since this year, a procedure has been introduced for leasing forestland that is not in circulation. To date, 20 thousand hectares of such land have been commissioned. As a continuation of these efforts, the task was set to introduce additional land into circulation and expand the lease to entrepreneurs.
The work on using the possibilities of forestry in Karakul, Gijduvan, Shakhrisabz, Pap, Chartak, Nurabad, Kushrabat, Nurata, Bakhmal, Farish, Uzun, Baysun, Akhangaran, Bekabad and other regions was criticized.
In order to increase the fodder base of silkworm breeding, it is planned to plant mulberry seedlings on 2 thousand hectares in farms this year, next year – on 2.5 thousand hectares.
Last year, the area of plantations of medicinal herbs increased to 2 thousand hectares. At the meeting, it was noted that it is necessary to bring this figure to 5 thousand hectares this year, and the harvest to 8 thousand tons.
Measures have been identified to implement projects of beekeeping, livestock and poultry farming on the lands of the forest fund with the involvement of the private sector, providing employment and strengthening food security.
Forests also attract travelers. Last year, 1 billion UZS were received from ecological and hunting tourism, which is certainly not impressive. The new system in Bostanlyk region showed the presence of a huge reserve for tourism development in forest areas. For example, an ecotourism center for 300 places is being built on the basis of Burchmulla forestry based on a public-private partnership.
It was noted that using such opportunities, next year it is possible to increase income from ecological and hunting tourism by 10-15 times. Instructions were given on the organization of tourism facilities in the forests and hunting farms of Shakhrisabz, Kitab, Baysun, Bobotag, Zaamin, Bakhmal, Akhangaran, Bekabad, Dalvarzin, Pap, Kokand, Kazakdarya.
The development of forestry science was discussed at the meeting.
The need for speeding up the registration of 13 new varieties of local pistachios, which is drought-resistant and high-yielding, was indicated, as well as starting growing it in mountainous regions from the next year.
The State Forestry Committee has been tasked with creating experimental plantations and a scientific center for zoning medicinal herbs, as well as laboratories for forest soil science, in vitro research and seed production.
Instructions were also given to increase the personnel potential of the sphere, to train mid-level specialists.
It was noted that for the development of forestry, along with other sectors of agriculture, it is important to implement large investment projects with the involvement of funds from international organizations.
Taking into account the issues discussed at the videoconference, the task was set to finalize the draft ten-year forestry development program. 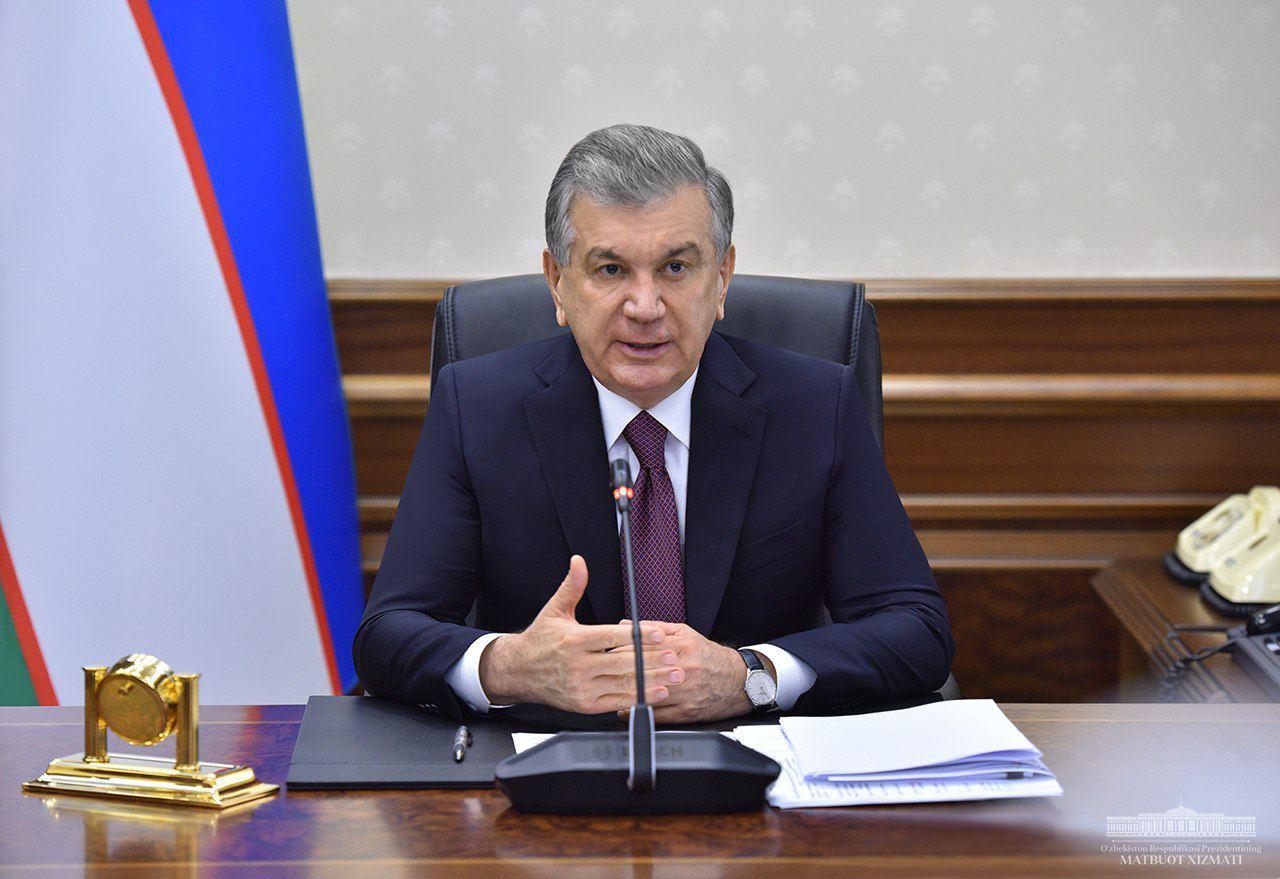 Reports of the heads of the State Forestry Committee and the regions were heard. 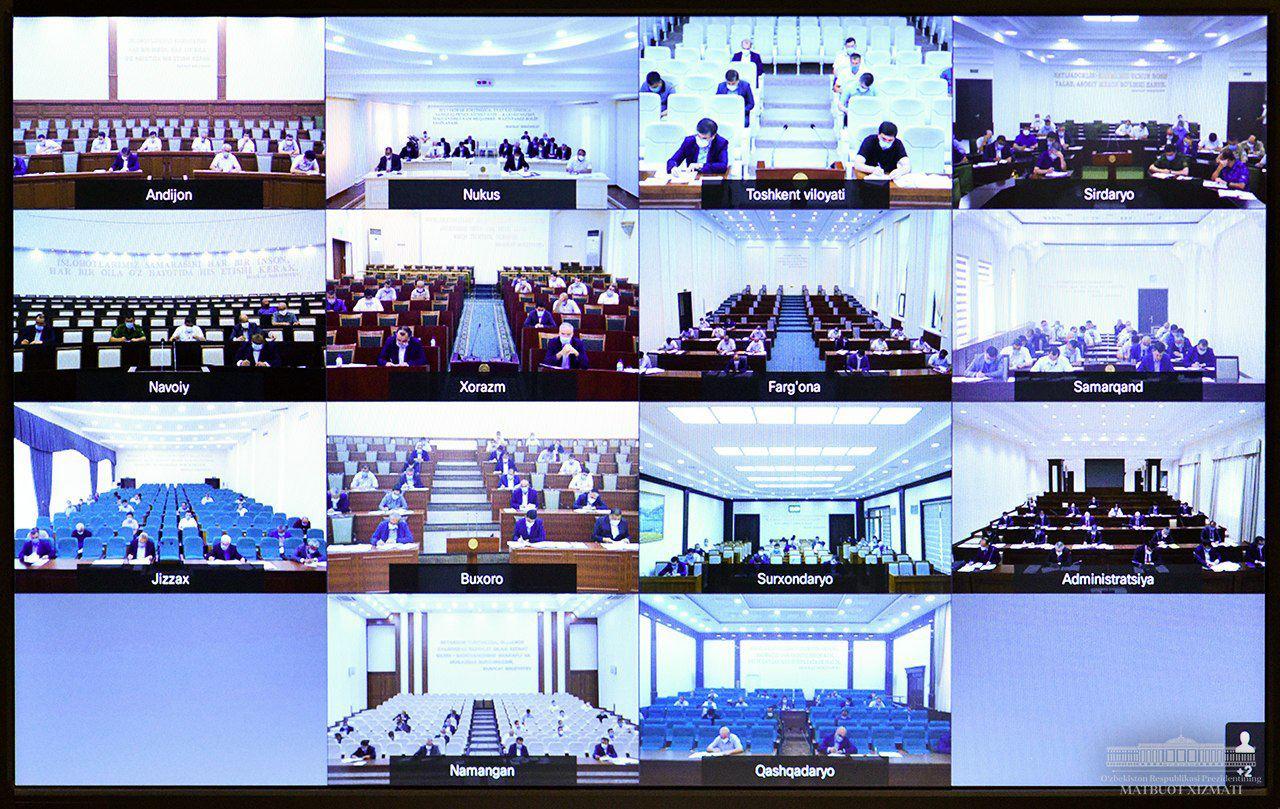 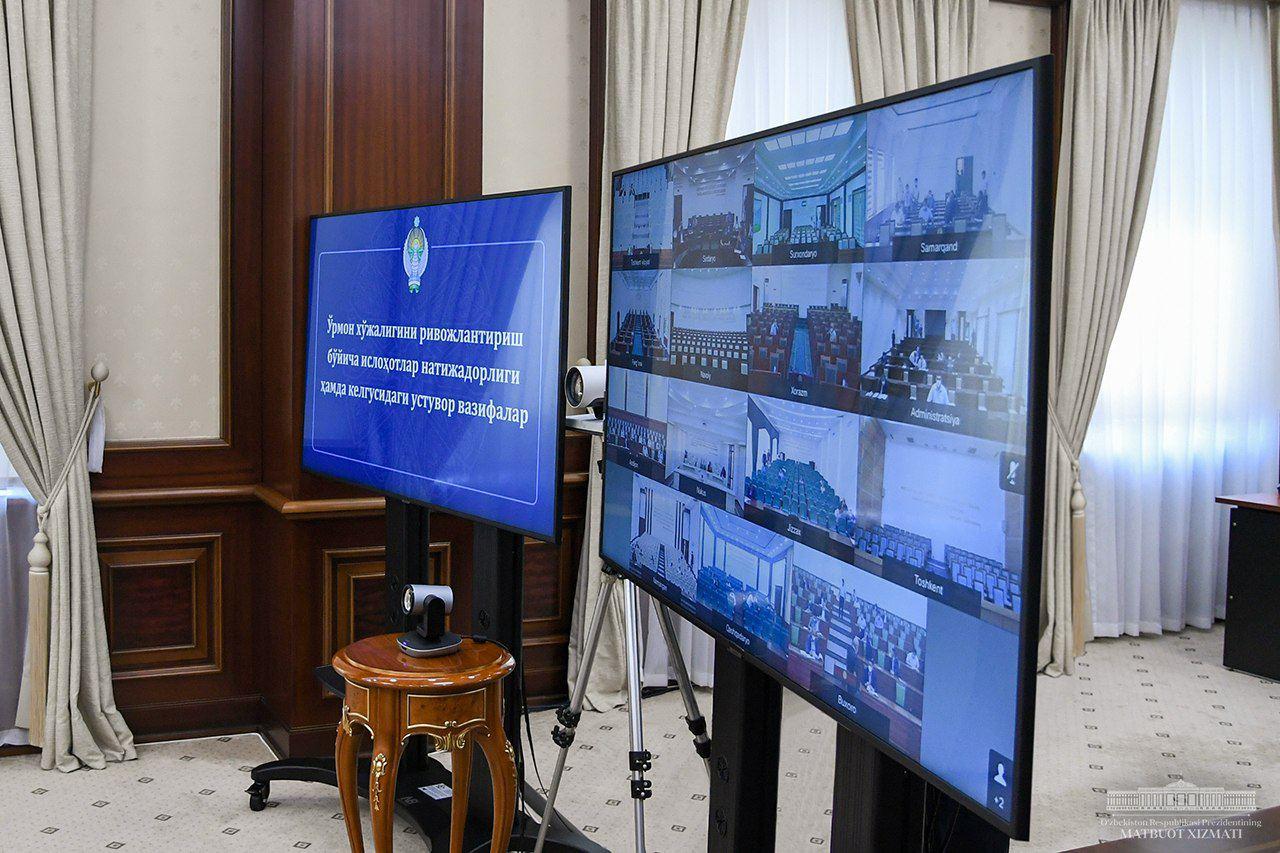 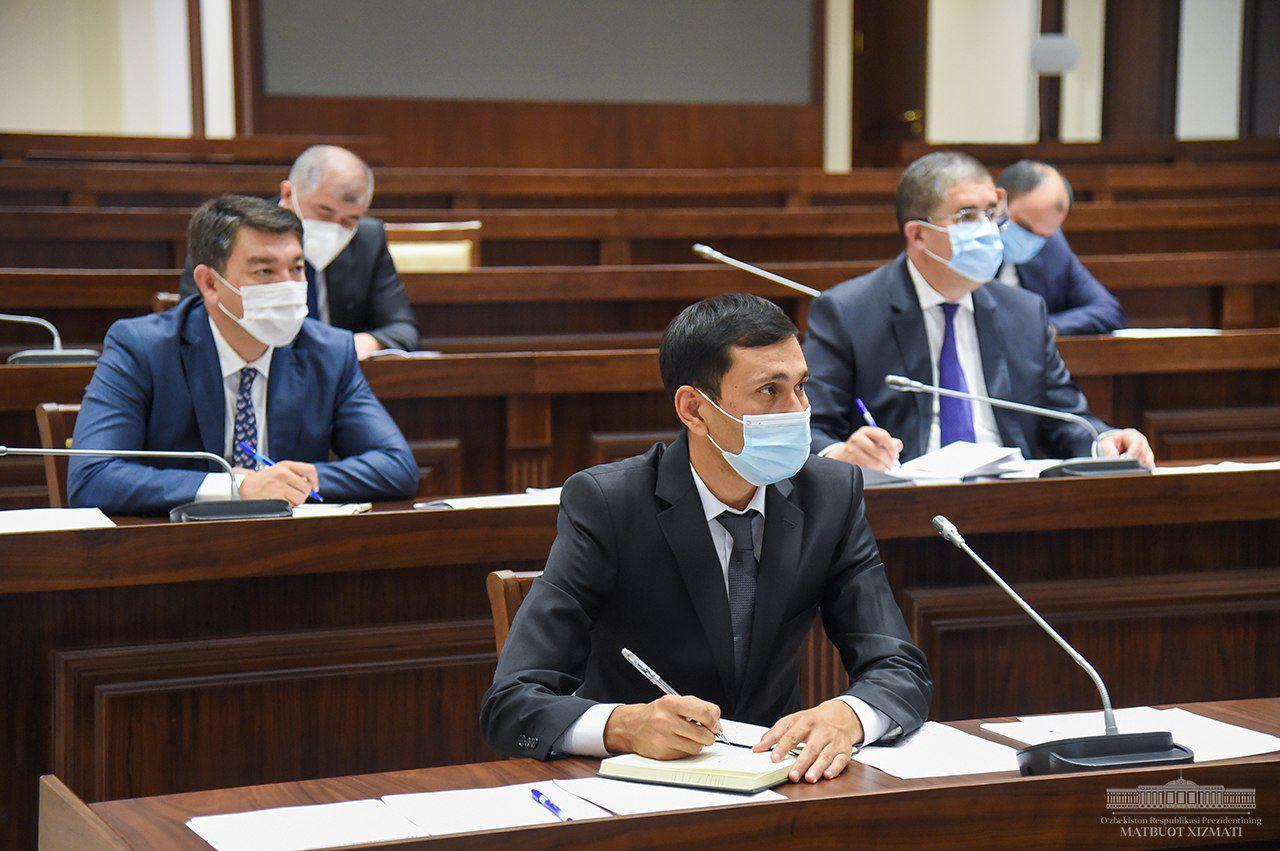 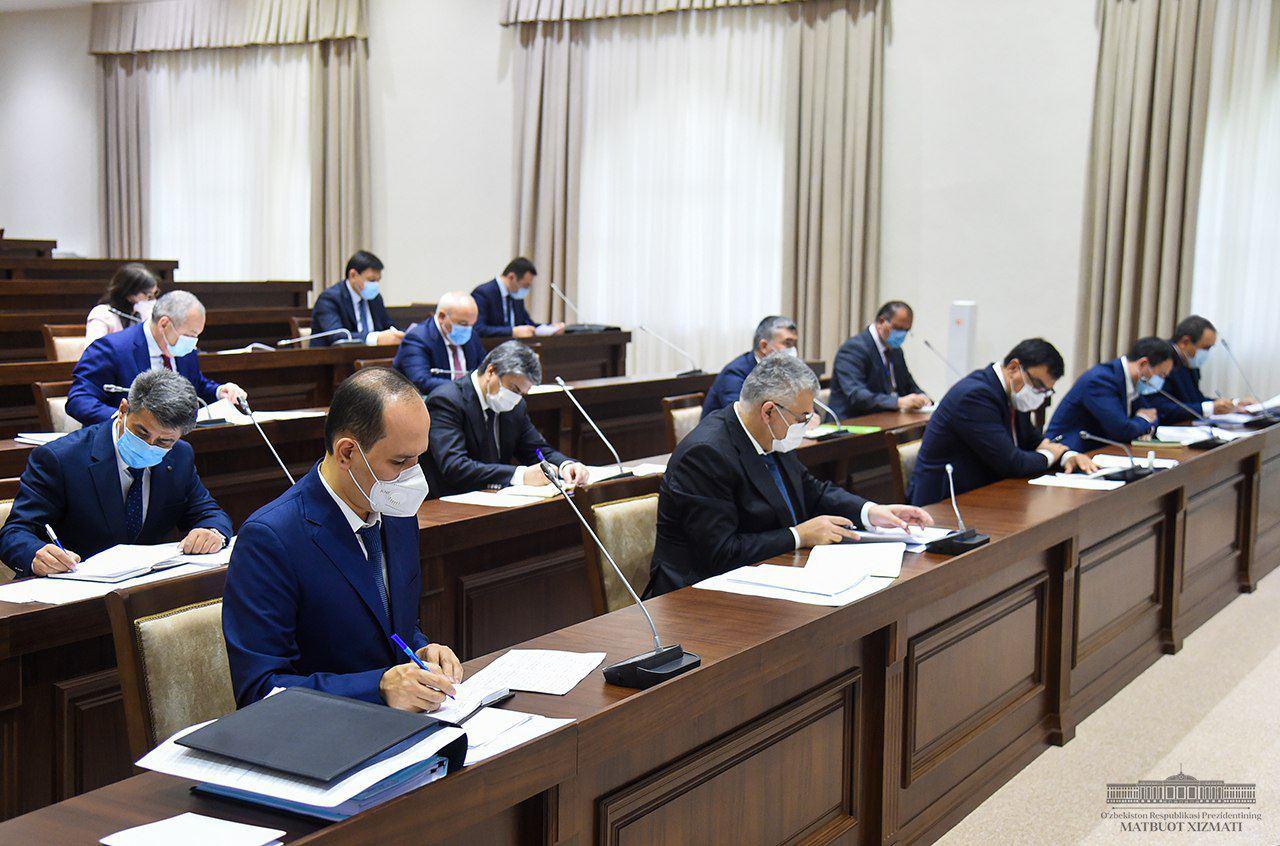