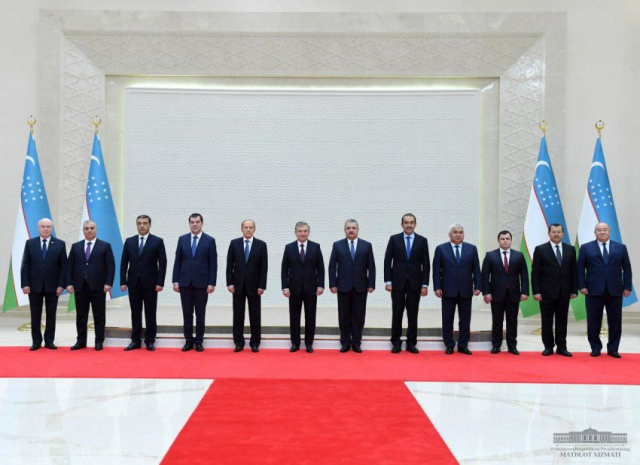 On November 7, President of the Republic of Uzbekistan Shavkat Mirziyoyev received the heads of delegations participating in Tashkent session of the Council of Heads of Security Agencies and Special Services of the Commonwealth of Independent States.
Welcoming the guests, the Head of the state noted the importance attached in Uzbekistan to enhancing the multifaceted relations within the CIS, including in the efforts directed at countering modern challenges and threats.

It was emphasized that further strengthening the practical cooperation in the security field is one of the priorities of Uzbekistan’s presidency in the Commonwealth in 2020.
Particular attention was paid to the need to continue close interaction among the special services of the CIS countries, including swift exchange of information and joint activities to combat terrorism, extremism, drug trafficking and organized crime.

Consolidation of efforts, it was noted, is critical in the fight against cybercrime, in countering the use of the internet and other information and communication technologies in order to promote violence and radical views.
The heads of delegations expressed sincere gratitude to the President of Uzbekistan for the warm welcome and conveyed greetings and best wishes of the leaders of their countries.
Other pressing issues in ensuring regional security and stability were also addressed at the meeting.