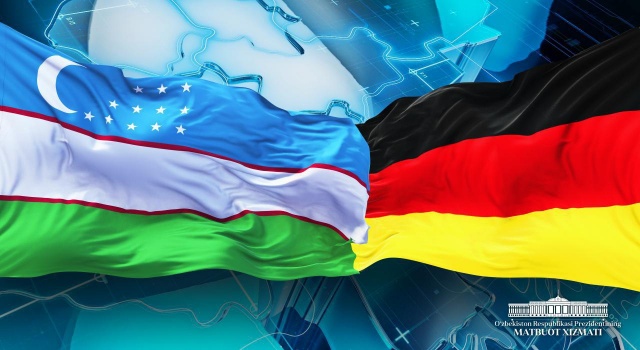 On January 20-22, 2019, the President of the Republic of Uzbekistan Shavkat Mirziyoyev will pay an official visit to the Federal Republic of Germany.
Negotiations will be held with the Federal President of the Federative Republic of Germany Frank-Walter Steinmeier, Federal Chancellor of the Federative Republic of Germany Angela Merkel and with Bundestag President Wolfgang Schäuble, in Berlin, Germany.
The agenda includes issues of further deepening the political dialogue, expanding trade-economic, investment and financial cooperation, implementation of joint programs and projects, enhancing cultural-humanitarian, scientific-educational and tourist exchanges.
Views will be exchanged on current issues of international and regional politics.
The President of Uzbekistan will meet with the Minister President of Bavaria Markus Söder, as well as representatives of leading German business and financial circles in the city of Munich.
During the visit, it is planned to sign bilateral documents on cooperation in the spheres of economy, finance, innovations and investments, science, technology, education and culture.