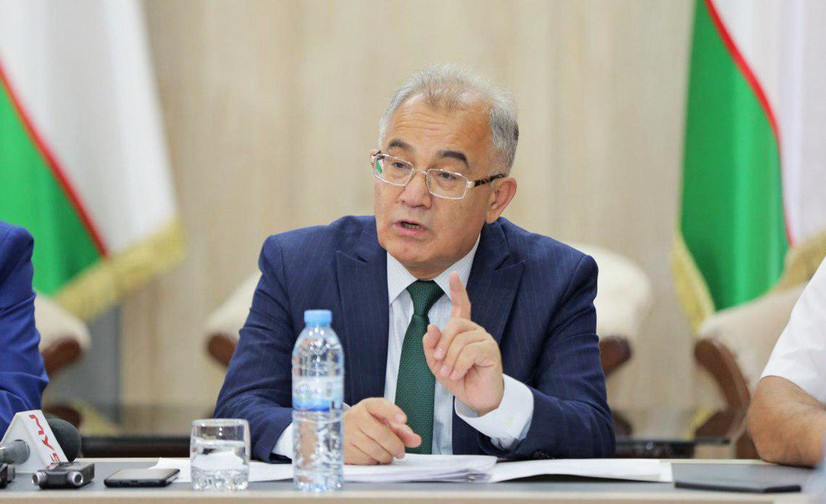 First Deputy Speaker of the Legislative Chamber of the Oliy Majlis

As part of the large-scale and consistent reforms carried out in the country aimed at creating a new democratic and free Uzbekistan, special attention is paid to the implementation of the constitutional principle of democracy, ensuring the participation of citizens in government and society, as well as improving electoral legislation. For democratic and fair elections are considered the most important and necessary conditions for democracy.

This is evidenced by the comfort and the elections that took place in 2019, according to the President, on the basis of the priority idea "New Uzbekistan - new elections - new parliament". They clearly demonstrated that a new political environment has been formed in the country, which is necessary for raising democratic reforms to a new level. The elections, which were held for the first time on the basis of the Electoral Code of Uzbekistan, gained useful experience, however, some gaps in legislation were identified. In accordance with the State Program of 2020, a draft law has been developed aimed at improving legislation on choices. It was considered twice in the chambers of the Oliy Majlis with the participation of members of the Central Election Commission, senators and deputies. In May-June 2020, a public discussion was held.

The priority tasks today are the improvement of the national electoral legislation and the practice of holding elections, bringing them in line with generally recognized international standards, harmonization with the ongoing democratic reforms, increasing the country's political prestige and its place in international ratings and indices.

First, it is necessary to convey to the international community the essence of the reforms being carried out in this direction by eliminating the shortcomings and problems that have arisen in the 2019 parliamentary elections, and by implementing certain acceptable recommendations of international organizations and foreign observers into national legislation.

Secondly, Uzbekistan ranks 157th in the World Democracy Index. Therefore, in accordance with the Decree of the President "On improving the position of the Republic of Uzbekistan in international ratings and indices, as well as the introduction of a new mechanism for systematic work with them in state bodies and organizations" dated June 2, 2020, the goal was set - by 2022 to increase the performance of our country in the direction "Electoral process and pluralism" six times.

Thirdly, increasing the electoral culture of the population, further improving the system of work of political parties with their electorate, and strengthening their political activity are of great importance in the consistent implementation of electoral legislation . For "The path of democratic reforms is the only and trustworthy path for us."

What was paid attention to when developing the project

In accordance with article 83 of the Constitution, a group of deputies, on the basis of the right of legislative initiative, submitted for discussion to the Legislative Chamber a draft law "On amendments and additions to some legislative acts of the Republic of Uzbekistan in connection with the improvement of electoral legislation."

It was developed within the framework of the State Program for the Implementation of the Action Strategy for the Five Priority Areas of Development of the Republic of Uzbekistan in 2017-2021 in the Year of Development of Science, Education and the Digital Economy.

When developing the draft law, they relied on three sources:

• experience of more than 20 foreign countries in holding elections;

• international norms and standards regarding elections.

This law proposes to make changes and additions:

• Article 117 of the Constitution of the Republic of Uzbekistan;

• Article 3 of the Constitutional Law “On the Results of the Referendum and the Basic Principles of the Organization of State Power”;

• in 29 articles of the Electoral Code of the Republic of Uzbekistan;

• 6 articles of the Law "On the financing of political parties".

A group of deputies, together with national and foreign experts, carefully studied the issue of postponing the dates of parliamentary, presidential and representative elections from December to October.

According to Article 117 of the Constitution, elections of the President of the Republic of Uzbekistan, to the Legislative Chamber of the Oliy Majlis and Jokargy Kenes of the Republic of Karakalpakstan, to the representative bodies of state power of regions, districts, cities are held, respectively, in the year of the expiration of their constitutional term of office - on the first Sunday of the third decade of December.

The same rule exists in Article 3 of the Constitutional Law "On the Results of the Referendum and the Basic Principles of the Organization of State Power".

The following important aspects served as the basis for the postponement of the elections from December to October.

First factor. After the parliamentary elections, such important political and legal processes as the holding of the first meetings of the Legislative Chamber and the Senate of the Oliy Majlis, approval of the candidacy of the Prime Minister at their joint meeting, and the formation of a government - the Cabinet of Ministers. The President's message to the Oliy Majlis falls in the first quarter of the new year. This leads to a delay in the adoption of state programs and reforms calculated for the corresponding year until April-May.

For example, political and legal events after the 2019 parliamentary elections took place within a very short timeframe, that is, January 20-24, and the 2020 State Program was adopted on March 2.

Second factor. The coincidence of the elections with the winter period, in turn, causes a number of shortcomings in increasing the activity of citizens in elections, large-scale campaigning, the use of modern electoral technologies, and the organization of mass events. In the last elections, the population, political parties and the electorate made proposals on these issues.

Third factor. As the foreign experience shows, elections are held in December mainly in the states of the Southern Hemisphere with hot climates, for example, in Ghana, Egypt, Nigeria, the South African Republic , Algeria, Venezuela, and the Dominican Republic. In such states as Switzerland, Spain, Uruguay, Chile, Jordan, and a number of countries of the Commonwealth of Independent States, elections are held in October-November.

The fourth factor. This year's elections in Uzbekistan fall on December 25, when Christmas is celebrated, a religious holiday for observers invited from European states and America. This can limit the participation of international observers, who are respected in the world, in the elections.

Taking into account these factors , it is proposed to postpone the elections of the President of the Republic of Uzbekistan, to the Legislative Chamber of the Oliy Majlis and Jokargy Kenes of the Republic of Karakalpakstan, to the representative bodies of state power from December to the first Sunday of the third decade of October.

As a result, on the other hand, an opportunity will be created for the timely formation of the highest state bodies after the elections and the adoption of the most important political and legal decisions. On the other hand, such a possible situation as passive participation of citizens in elections due to unfavorable weather will be prevented. Thus, there will be much more convenient conditions for voters and observers to express their will.

What improvements will be given in the law

The following changes and additions are being introduced into the Electoral Code.

As the analysis shows, each electoral district is limited on average to one to three polling stations, therefore, in practice, they have been conducting ineffective activities for several years. Often, the functions of district election commissions and the corresponding district (city) election commissions repeat each other. For this reason, expenditures from the State budget are increasing.

As a result of the optimization, 5,739 district election commissions with more than 544 thousand members will be abolished, which means that human resources will be saved, and unnecessary red tape among persons involved in the elections will be prevented.

The second change: a procedure is introduced for the inclusion in the voter list of citizens of Uzbekistan living abroad, regardless of whether they are registered in the consular register of diplomatic missions, and a legal basis is created for voting of voters who are abroad, when using portable ballot boxes at the place of residence or work.

For example, this practice was first tested in the 2019 parliamentary elections. More than 90 thousand citizens of Uzbekistan who were at that time in Russia. South Korea and Kazakhstan voted using portable ballot boxes. One of the priority directions of the new Uzbekistan's policy is to ensure the rights, freedoms and legitimate interests of citizens regardless of their location.

The third change: a procedure is introduced in which observers visiting polling stations formed in places of detention and imprisonment, as well as in military units, notify about their participation at least three days in advance.

The fourth change: the exact procedure for paying wages and compensation to members of election commissions, calculating their salaries is established.

Fifth amendment: The Law "On the financing of political parties" is brought into line with the Electoral Code, the procedure for financing by the state and presidential elections is established equally with elections to parliament and representative bodies.

Based on the recommendations of the Office for Democratic Institutions and Human Rights of the Organization for Security and Cooperation in Europe, the following changes are being made to the Electoral Code.

Along with this, the use of state resources during the pre-election campaign is prohibited. For example, the conduct of election campaigning is prohibited by civil servants, if they are not proxies, as well as by the military, employees of religious organizations and judges.

In order to prevent unjustified delays in the announcement of election results, the period for appealing decisions of election commissions has been reduced from ten to five days.

In order to ensure transparency in the use of funds allocated for pre-election campaigning in accordance with the Law on the Financing of Political Parties, a procedure is being introduced for announcing interim reports and final financial statements after the elections, as well as announcing the results of audits of parties by the Accounting Chamber.