New level of development of the productive forces 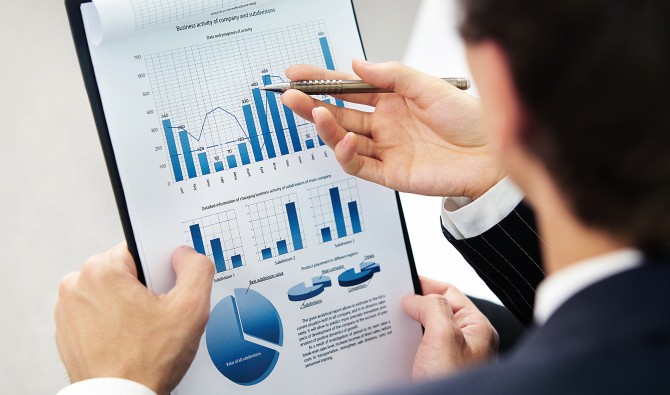 New level of development of the productive forces

Productive forces are the combination of the mean of production with human labour power aimed at creating material wealth and other values. They are treated also as the individual (human) and material factors interrelated and interacting in creative process. They characterize "image", aspect of one or another economic system, determine power of the state. Therefore the level of development of productive forces is considered to be the most important estimative criterion of economy development level and an indicator of social progress.

Compliance of productive forces with relations of production is an important condition for maintenance of public orderliness and economic stability. In the 60s of  the last century when the USSR functioned, and Uzbekistan, as well as other federal republics, was its  integral part, there began to appear symptoms of increasing serious economic contradictions,  inability of   existing then economic management mechanism to resolve them.  Rates of economic growth decreased, it was obvious shortage of material resource and investments, economic levers and incentives were inactive, lagging behind western countries not only in technical development of production, but also in quality of life of population became evident. It was especially obviously at the regional level.  So, according to estimates, in 1990 in Russia and Ukraine  only some 30,0% of the population enjoyed total income below the  subsistence minimum, while in Uzbekistan this value made about 70,0%. Not only use, but also placement of the available productive forces left much to be desired. Many entities located in the territory of the republic were under direct supervision of the Union. They mostly worked not to reproduce goods for the domestic market, but for export. The stupendous natural and production potential of the republic was being utilized, and the income was accumulated far beyond its borders. The decisions made in a centralized order often were far from interests of Uzbekistan.

Transition of productive forces from earlier existing to a high, better condition is reached, as a rule, by raising scientific and technical level of all social production. At the same time it is not just about implementation in production of one or another innovation, but about their "replication", saturating with innovations all branches of economy, first of all basic those. For this purpose, as practice shows, firstly, the investments, secondly, well-thought-out and purposeful industrial policy and, thirdly, a flexible and effective management system are required. Certainly, the competent experts able and capable to perform all this comprehensively, quickly and effectively are important. Today Uzbekistan possesses all mentioned components for successful development not only of productive forces, but also whole economy. The country leaders from the very first days of transition to a way of independence and sovereignty targeted liquidation of the disproportions occurred in development and placement of productive forces as a result of so-called "allied specialization". A lot of efforts have been made to reach reorganization of industrial and territorial structure of economy, to depart from its former raw material orientation, to achieve real political and economic independence.

Since the acquisition of state independence age-old isolation of Uzbekistan from the outside world was liquidated, it became the equal subject of international law, the member of the UN, successfully cooperates with many international financial and economic institutes and organizations. Our domestic model of economic development is recognized by whole world community, and for some countries which chose as Uzbekistan, a way of independence with socially oriented market economy, it became even a peculiar practical manual for achieving dynamic development of economy and improving life quality.

Basic change in policy of productive forces use is the important reached milestone. Today it is directed to  place them correctly and achieve on this basis  equalization of level of an economic and industrial development of regions on the one hand, and releasing the capital from the excessive industrial load which developed in Soviet period on another  hand. Based on this policy in the republic there are created and successfully operated free industrial zones "Navoiy" and "Jizzakh", and also special industrial zone "Angren" where the working companies use the whole range of privileges and preferences. According to the available data, more than 4,5 thousand entities with foreign equity participation which actively work not only at the internal, but also foreign market, carry out activity in the country today, create workplaces, hold social events, fulfill in accordance with the established order their tax and other payment liabilities.

New approach to development and placement of productive forces was most clearly manifested in change of image and economy of our village where about 60,0% of the population of Uzbekistan in the early nineties lived. It could become a basis of high rates of economic progress of the republic, however during 70 years of a former Soviet system didn't manage to escape from cotton "vice". In 1992 the First President of the country Islam Karimov, announcing the main priorities of economic development, noted: "Today it is necessary to return a due priority to the village. To revive agricultural industry, give hope to the rural toiler. If farmer is prosperous, there will be rich also whole republic". This vital requirement has now been almost completely realized. Now living conditions in the village differ in nothing from conditions of city life: almost each family possesses not only cars, sometimes two those, TV set, refrigerator, but also phone, Internet and other modern household appliances. Productive forces created during the independence years on a new basis and the new principles of placement serve in full  today to dynamic development of  domestic economy and improvement of people welfare. Over the past 10-15 years, the rates of economic growth have never dropped below 8,0% .For the last 10-15 years rates of economic growth were never lower than 8,0%, and in some years they even were higher.

Results of the current half-year in which the surplus of the gross domestic product (GDP) made 7,8%,  industrial output has increased by  6,7%, and construction works scope has increased by 17,5, testify to this statement  in addition to already noted. At the same time the share of industrial production in economy increased up to 34,0%. In the first half of the year it was reached the growth of   the mastered investments  volumes by 11,8%, including foreign investments and credits – by 17,2%, 43 manufacturing facilities with a total cost of about  2,0 billion dollars have been put into operation, production of the localized domestic goods increased 1,5 times. Exporting activity has improved significantly and continues to improve. The share of finished goods in structure of export have reached more than 70,0%. Since the beginning of the current year about 600 entities which earlier didn't have entry  to foreign markets  have been involved in export activity  export of 208 new types of products have been mastered. In a word, economy including productive forces of Uzbekistan isn’t what it was a century ago. For years of independence the economy of the republic increased almost 6 times, amount of consumer goods per capita increased 7 times, real incomes increased more than 12 times. It has increased considerably life expectancy of people,   maternal and child mortality has reduced, it has improved in the country investment and business climate.  New opportunities for development of productive forces are created by the Decree of the Interim President of the Republic of Uzbekistan Shavkat Mirziyoev "On additional measures to ensure the accelerated development of entrepreneurial activity, comprehensive protection of private property and substantial improvement of business climate" of October 5 of the current year.

As foreign analysts note, for years of independence Uzbekistan managed to depart from one-sided agrarian structure, to diversify and create new industries and factories, to reach serious breakthrough in the international relations, to subordinate the productive forces to interests of economic and national prosperity. It is thought that a fair and correct assessment is given to achievements of the country which not only pleases and creates confidence in tomorrow, but also keeps high image of Uzbekistan.