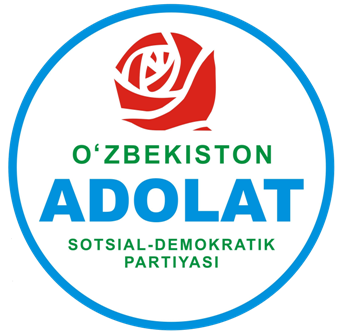 The candidate for President of the Republic of Uzbekistan from the Adolat Social Democratic Party of Uzbekistan, Narimon Umarov, met voters of Navoiy Region on 8 November.

The meeting, which took place in the format of video conference, was opened by the acting chairman of the regional council of the Adolat Social Democratic Party of Uzbekistan, R.Hayitov.

S.Mansurova, the authorised representative of the candidate for President, familiarized those gathered with his biography.

Candidate for President of the Republic of Uzbekistan Narimon Umarov made a speech expounding the main points of his electoral programme.

He noted that in the years of independence, large-scale reforms were implemented and creative work was carried out in Navoiy Region as in all the other regions of the country. As a result, industrial production’s share in the region’s economy is increasing, its towns and villages are being modernized, and its population’s living standards are rising.

The candidate’s electoral programme was drawn up on the basis of programme goals and ideas of the Adolat Social Democratic Party of Uzbekistan. It specifies such priority tasks as further improving of the norm-setting regulatory basis for innovative work, establishing a single authorised body of innovations, innovative infrastructure and an innovation foundation.

The programme says it is necessary to work out a programme for the comprehensive development of the ecological sphere, precise mechanisms directed towards ensuring environmental protection by increasing the numbers and types of tree plantation, creating green belts in the environs of towns and areas adjacent to industrial enterprises. This is especially of significance to ensuring air purity and protecting the health of people in the town of Navoiy.

The head teacher of general education school No 4 in Karmana District and a member of the Senate of Oliy Majlis (parliament) of the Republic of Uzbekistan, G.Sattorova; the director of the Navioy ore-extraction vocational college, Sh.Norov; a lawyer of the Spark-Advokatus law firm in the town of Navoiy, Sh.Fozilova; the director of the Navoiy regional branch of the republican scientific centre of emergency medical aid, Yu.Malikov; and others expressed their opinions on the electoral programme of the candidate. They called on voters to take an active part in the forthcoming 4 December 2016 elections of President of the Republic of Uzbekistan.