MEETING WITH THE MINISTER OF FOREIGN AND EUROPEAN AFFAIRS OF SLOVAKIA 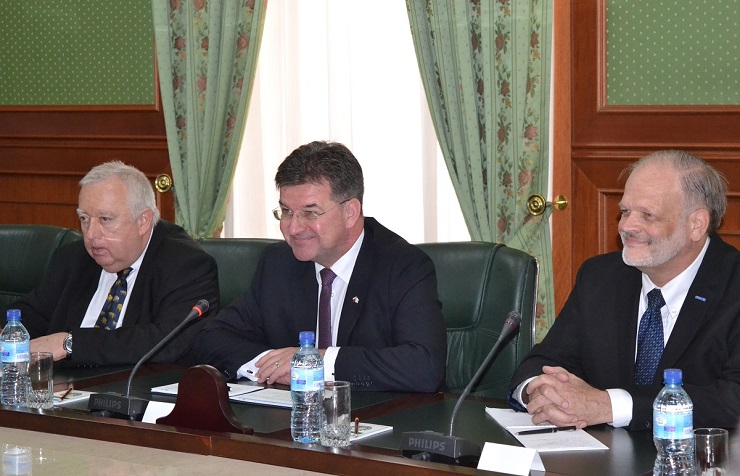 MEETING WITH THE MINISTER OF FOREIGN AND EUROPEAN AFFAIRS OF SLOVAKIA

At the meeting, the state and prospects of interaction of Uzbekistan with the OSCE were discussed. The sides emphasized the mutual interest in more active cooperation with the OSCE and its institutions on all issues of the agenda.

It was noted that in recent years, bilateral relations have gained new dynamics, a number of joint events have been held, including the 19th regional Central Asia media conference “Open journalism in Central Asia”, an international conference under the auspices of the OSCE “On the role of youth in preventing and countering violent extremism and radicalization that lead to terrorism”.

According to the Ministry of Foreign Affairs of Uzbekistan, issues of regional security, including the situation in Afghanistan were also considered.

An important place in the negotiations was given to issues of development of Uzbekistan – Slovak relations, which over the past quarter-century have traditionally been constructive and mutually beneficial.

The ministers spoke in favor of deepening cooperation in Uzbekistan – EU format, the Visegrad Group+Central Asia Dialogue, as well as within the framework of other international organizations.

The meeting was attended by the Ambassador Extraordinary and Plenipotentiary of the Slovak Republic Jan Bory and OSCE Project Co-ordinator in Uzbekistan John MacGregor.

After the negotiations, Miroslav Lajčák handed over a check in the amount of 10 thousand euros – a voluntary contribution to support the activities of the Educational Center in Termez for training Afghan citizens at the Ministry of Higher and Secondary Special Education of the Republic of Uzbekistan.