Measures for the development of industrial zones discussed 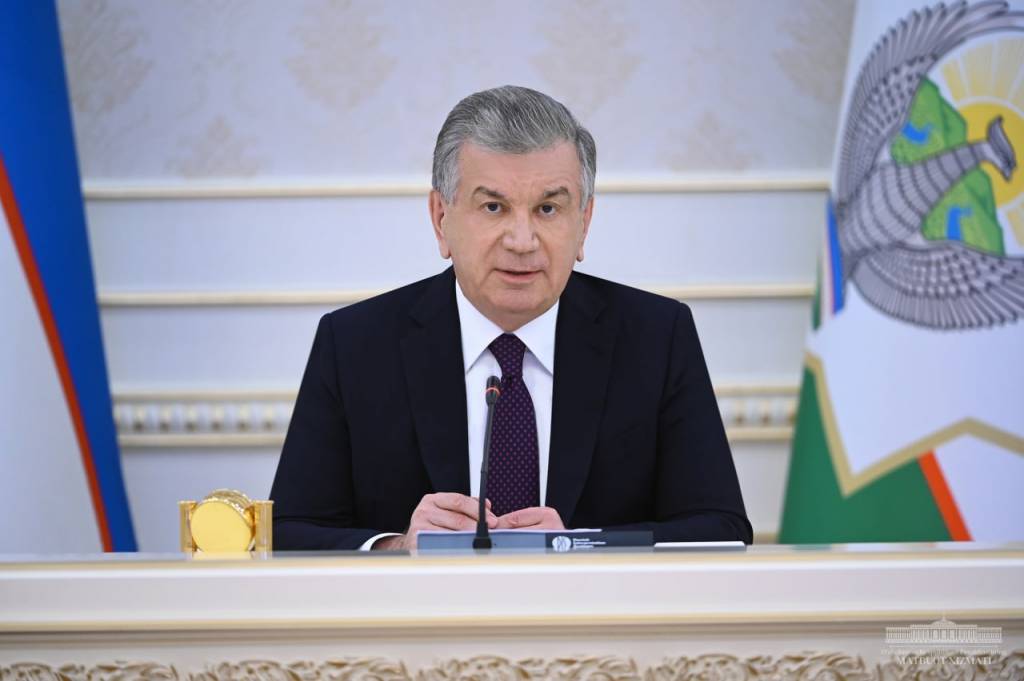 Measures for the development of industrial zones discussed

On May 26, President Shavkat Mirziyoyev chaired a videoconference on measures for organizing special economic and small industrial zones in the regions and providing them with the necessary infrastructure.

Industrial zones, due to the concentration of production facilities in one place and unified access to communications, are important for the development of the industry. Over the past five years, 19 free economic zones and more than 400 small industrial zones have been organized in the country, and over a thousand projects have been implemented. As a result, 100,000 jobs have been created and manufacturing products worth 45 trillion UZS per year have been established. In addition, industrial zone enterprises annually export products worth $750 million and more than 1 trillion UZS of tax revenue.

Another important aspect is that industry comes to every district, remote and hard-to-reach areas. In particular, 205 new enterprises were launched in 11 districts where there were no industrial productions at all.

At the same time, there is a largely unrealized potential and there are several shortcomings. The master plans of some small industrial zones have not yet been approved, some industrial zones are not fully provided with infrastructure, which is why the implementation of ready-made projects is delayed.

In addition, entrepreneurs must go through a five-step procedure, and collect more than a dozen documents to start working in industrial zones.

The President noted that solving these problems is important for the development of industry and job creation.

“In a market economy, investments should be attracted to every district, every mahalla”, the Head of the state said. – This year, it is possible to implement 2,000 projects, create 110,000 new jobs and export products worth $1 billion. Our meeting today pursues these goals.

In this regard, measures for providing 6.6 thousand hectares of vacant land in industrial zones with electricity, water, roads, and other conditions were discussed at the meeting. It is planned to allocate 1.5 trillion UZS for this, or twice as much money as in 2021.

Many new projects have been developed in the regions for textile and painting production and processing of leather raw materials. They require centralized treatment facilities. In this regard, instructions were given for the construction of modern treatment facilities on the sites allocated for such projects.

As is known, the state finances the costs of providing infrastructure for projects worth more than 200 billion UZS. Entrepreneurs from Bukhara, Jizzakh, Samarkand, Surkhandarya, Fergana and Tashkent regions took advantage of this opportunity and initiated projects worth $630 million to manufacture products with high added value.

It was noted that 170 billion UZS will be allocated for such projects in the regions this year. The importance of regional hokims to visit other regions, studying the experience of colleagues was noted.

A new special industrial zone with an area of 300 hectares was announced in Samarkand. Instructions were given regarding the creation of favorable conditions for business and the formation of projects focused on import substitution and export.

The Head of the state touched upon the issue of bureaucracy in establishing activities in industrial zones. Measures to simplify this procedure have been identified. Thus, the authority to examine projects implemented in free economic zones will be transferred to the Ministry of Investments and Foreign Trade. The procedure for obtaining the conclusion of the Center for Integrated Examination of Projects and Import Contracts for the application of import benefits will be canceled.

This will reduce the number of stages in the process of placing projects in industrial zones, and the terms will be reduced from 3 to 1 month.

The President also instructed to resolve issues related to the registration of rights to land plots and buildings of entrepreneurs who have been working in small industrial zones for many years.

It was noted that to ensure the export suitability of products, their compliance with international standards and consumer requirements, it is necessary to transfer industrial zones to the management of foreign companies and attract foreign investors.

Hokims reported on the issues discussed at the meeting, entrepreneurs expressed their proposals.