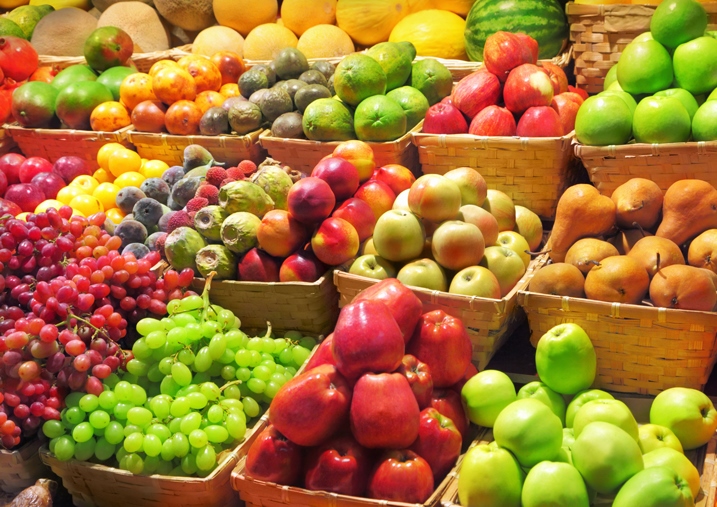 Thanks to the profound structural changes carried out in national economy, implementation of large-scale programs the basis for development of new industries is created. Thus, the food industry was really formed in days of independence, having turned into a high-tech industry. And as result scopes of supply to the population of quality consumer goods increase year by year, food security of the republic is being ensured.

Today experience of Uzbekistan in the sphere of implementation of the food programme was highly appreciated by foreign experts and attracts great interest in the international community that is a pride subject for all of us. Not incidentally this experience is recommended by the Food and Agriculture Organization of the United Nations to developing countries as an example. Undoubtedly, it was hard to achieve so considerable success. It is enough to recall economic and social situation in the country at the time of independence gaining. In 1989-1990 interruptions in providing the population with prime necessities were observed, and its needs for meat, dairy and confectionery products were satisfied only for 30-35 percent. Such situation required the fastest creation and development of absolutely new industry in economy of Uzbekistan - the food industry. That's why the modern entities specializing in manufacturing the corresponding types of products began to be created, large projects began to be implemented. It soon yielded the results: in an industry positive changes began to happen. In 1997-1999 the volume of food production has increased almost twice.

Qualitative growth in an industry falls on the period after 2000. The accelerated development of farmer movement, entrepreneurial qualities inherent in our hardworking people formed a strong foundation for success. Therefore even world financial and economic crisis couldn't affect this industry. It should be noted that in the years of food industry forming there were different difficulties and problems. One of them consisted in shortage of raw materials. Say, production of 770-820 thousand tons of meat and 3,4 million tons of milk led to the fact that the volume of the food products processed by an industrial method was insufficient. In such conditions the state policy on reforming and diversification of agrarian sector promoting a growth in output of agricultural products provided expansion of a source of raw materials for the food industry.

Today an important factor of the industry development is the favorable business environment and the investment climate created in the country. And the main part of the investments involved in economy first of all is invested in construction of production facilities, equipping them with the most modern equipment, implementation of new technologies. Thus, the number of subjects in branch has reached 9 thousand while in 1991 there was only one thousand.

One more important aspect. The industry enterprises are currently upgraded with the latest production lines by Austria, Germany, Poland, South Korea, China and other countries. This ensures the production of high-quality products that are competitive in the international market. As a result, ‘Made in Uzbekistan’ branded food products are sold in more than 80 countries. In the last decade alone, exports of fruit juice have doubled, other food products increased by an average of 1.5 times, foreign exchange earnings have increased six-fold.

The positive changes produce a positive effect on the increase in the standard of living and well-being of our compatriots. For example, the consumption of meat and meat products was 31 kg, milk and dairy products - 183 kg, fruits, vegetables and melons - 107 kg per capita in 1990, while in the past quarter century these indicators have increased by 1.5 -2.5 times. Most importantly, the nutrition changes for quality products.

The establishment of the “Uzbekoziqovqatholding” company by the President Decree of February 18, 2016 was a radical turn in the development of the industry. The company is entrusted with the widespread application of internationally accepted methods and principles of corporate governance, modernization of enterprises, channeling of investments into technical and technological extension, increase of processing of fruits, vegetables and other agricultural products, increase in production of high-quality products competitive in the international market.

Since the beginning of 2016, the head of state has adopted five resolutions and several other official documents, in line with which there have been created a system that incorporates all processes ranging from cultivation of fields and garden gifts to their quality storage and exportation. Starting with this year, the work has begun with the introduction of the state order for the purchase of fruits and vegetables, potatoes, melons and grapes.

The’Uzbekozikovkatholding” company currently incorporates 188 industrial enterprises. In the first half of the current year, they produced industrial products for 2.1 trillion soums (currency rates of CB RU from 14.11.2016, 1$= 3120.51  soums) in comparable prices.  Year-over-year increase made 9.1 percent. Along with this production of new kinds of products for 3,1 billion soums is mastered. $28.3 million was invested in modernization, technical and technological extension of production facilities.  Special mention can be made for recently commissioned companies like “Angren Shakar”, “Mehnat Malt”, “Family Group”, “International Beverages Tashkent”, “Gold Dried Fruits”, “Sunny Fruit Production”, “Master Global Plus”.

A number of investment projects was implemented in the industry on the eve of the 25 anniversary of independence of the country. Partnered by ministries, agencies and local authorities, 1,085 projects, which envisage application of $201.5 million in 2016 are being implemented.  In particular, as envisaged by the investment program, $53 million will be attracted for 43 projects, and $148.5 million invested in 1,042 target territorial investment projects. Nearly 800 new food production facilities have been commissioned over the past period of the current year under the territorial investment programs alone.

The scale of construction of production facilities and modernization of existing enterprises has been expanding. Thus, the industry development program envisages the completion of 180 large projects totaling $596 million by 2020. The special attention is given to the projects on storage and processing of fruits and vegetables. Most of them will be implemented in the countryside.

Improvement of quality and increase in the volume of manufactured products, as well bringing them up to the level of world standards ranks among the main thrusts of development of the industry for the next five years. To this end, it is planned to establish the companies, specializing in the production of packaging materials of various types

It is worth noting that the provision of food security and uninterrupted supply of affordable and high-quality food products for everyday consumption is the result of the implementation of the well-considered policy of the republic leadership, which is aimed at improvement of the living standards and welfare of citizens.