The Environmental, Social and Governance Report 2020 “Progress in Uzbekistan” 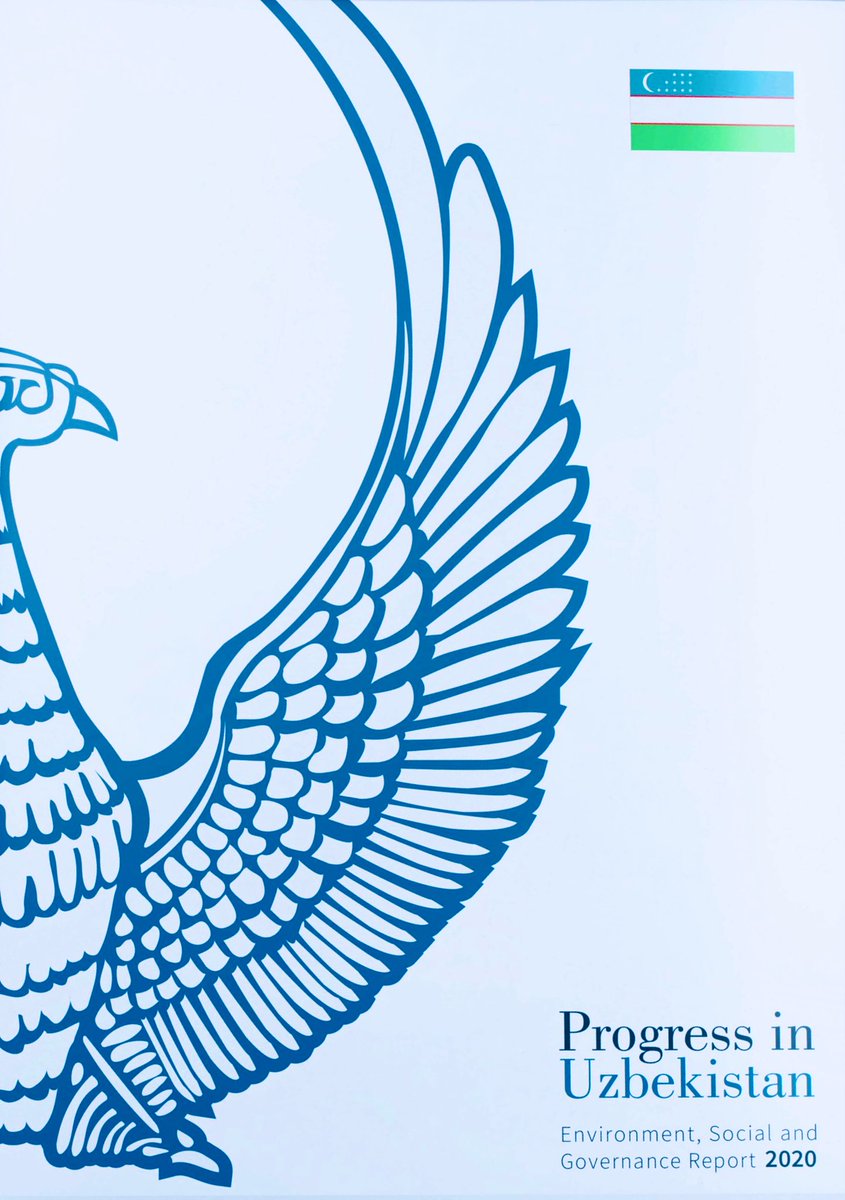 The Environmental, Social and Governance Report 2020 “Progress in Uzbekistan”

This Environmental, Social and Governance (ESG) report is the first in an annual effort to measure and assess Uzbekistan’s progress since the reform process began in 2017. It outlines the rationale behind key reforms and the resulting changes, as well as looking forward towards ongoing and future projects and their expected impact. The report is designed to chart Uzbekistan’s progress on the path to sustainable development and social reform using data and facts. This report also addresses efforts to tackle historic challenges caused by the country‘s past development such as the widespread use of forced labor in the annual cotton harvest.

Uzbekistan is changing massively. Since 2017, the administration of President Shavkat Mirziyoyev has undertaken an ambitious set of reforms designed to replace the heavily regulated economic and social system that existed in the past.

A key goal of this massive transformation is the evolution of a heavily planned economic system into a modern market-based economy. Until 2016 the government was strongly integrated into the economy and largely controlled economic production while playing a broad role in social and environmental issues. The reforms underway in Uzbekistan are designed to change this and transform the nation into an economically and socially modern state.

An important tenant of the reforms is sustainability as a key part of the nation’s governmental, social and economic transformation. With this report, Uzbekistan is reporting for the first time on the status and progress in meeting its sustainability goals. The reforms are intended to ensure that the country’s change is balanced in ecological, social, governmental and economic terms.

The Government of Uzbekistan is committed to building an innovative, progressive and peaceful country to help ensure prosperity for future generations in which individuals can develop in safety and security. To accomplish this, the Uzbek sustainability model follows the United Nations‘ Agenda 2030 for Sustainable Development. Uzbekistan is committed to the UN’s 17 Sustainable Development Goals which include:

▶ Protect and preserve the environment as the basis of human life

▶ Recognize that education, science and innovation are drivers of a successful, sustainable society

▶ Ensure the rule of law and good governance

The Uzbek sustainability model is designed to become the long-term development strategy for the nation. Besides Uzbekistan’s commitment to the UN‘s Sustainable Development Goals, the government has been working with a number of transnational organizations as part of the reform process. A key objective of this international cooperation is to ensure that the results of the reform process can be financed and lead to laws that are in accordance with internationally accepted legal standards. As part of this work, Uzbekistan is participating in various programs, exchanges and consultations with experts from the Organization for Security and Cooperation in Europe (OECD), the World Bank, the International Development Association (IDA), the United Nations Conference on Development and Trade (UNCDT), the World Customs Organization (WCO) and the European Bank for Reconstruction and Development (EBRD) and the International Labor Organization (ILO). Work with non-governmental organizations includes cooperation with groups such as The Cotton Campaign (TCC).

Sustainable development is demanding, both in planning and execution. It places high demands on the collection and evaluation of relevant information, the participation of stakeholders and transparent reporting. This first ESG report was made possible by the open cooperation and a transparent exchange of data and information from ministries across the Government of Uzbekistan.

This report focuses on the current, most pressing, issues and covers three core pillars: Infrastructure for Growth, Active Governance and Strong Civil Society and Sustainable Livelihoods. The second and third pillar are further divided into a number of action areas, together addressing core concerns for both Uzbek and international stakeholders.

Infrastructure for Growth outlines the continued efforts to improve infrastructure. Projects range from new and upgraded railway lines and freight facilities to banking and digital infrastructure necessary to unlock growth for the Uzbek economy in the 21st century. An array of projects are designed to make use of Uzbekistan’s favorable geographic location and improve the conditions for logistics and trade. Simultaneously, the government is supporting the development of modern digital and banking infrastructure for citizens and businesses. Both are key to participation in the growth of a modern market economy, be it by enabling access to information or giving access to the benefits of modern payments and investment opportunities.

Active Governance and a Strong Civil Society gives insight into some fundamental changes currently happening in Uzbekistan’s governance structure, including improvements in transparency, legal certainty, enforcement and how government decisions are becoming accessible and predictable. Businesses, NGOs and citizens are gaining access to clear norms with even and reliable application. These are important building blocks of a modern economy and society. The economy of Uzbekistan is also being transformed by a fourth area of action: privatization. The government is relinquishing direct control over many aspects of economic life and steadily divesting previously state-owned enterprises. It can thus turn its focus to regulating rather than diretly operating the economy.

Finally, Sustainable Livelihoods sets other areas for action: education, automation and use-of-resources. These elements are at the core of a long-term view of economic growth and open up the creation of higher value-added jobs and the prospect of a rising standard of living for broad sections of the Uzbek population. Well-trained employees are ready to work in increasingly automated jobs where they would be able to capture a larger share of economic benefits. The rising standard of living can be supported by the sustainable use of natural resources, avoiding or mitigating diminishing natural resources and environmental problems.

The report also provides some context for readers who may not be familiar with Uzbekistan before reading this report. There is a selection of country rankings, some with a thematic focus and some with wider view, to help place the existing state of development in Uzbekistan in an international and regional context.

For further context, the report covers current developments including Uzbekistan’s rich history of trade and cultural exchange and as an important intersection of overland routes between China, the Middle East and Europe. It also covers recent developments since the end of the Cold War.

Early in the 2000’s, Uzbekistan began a gradual transition towards a market economy, but this process has been exponentially increased since 2017 with dramatically more ambitious development goals set by the Mirziyoyev Administration.

ESG reports are increasingly common for corporations to report on their societal impact, society, economics and environmental commitments and actions. As part of reform process, the Government of Uzbekistan chose to commission an ESG report to transparently report on the progress of the nation’s ongoing reform program. This is the first Sovereign Environmental, Social and Governance report produced by any nation.

The Environmental, Social and Governance Report 2019 “Progress in Uzbekistan” was written by the consulting firms Cometis AG from Wiesbaden, Germany and Xenophon Strategies, Inc. in Washington, DC, USA. The report took seven months to produce and was made possible by fully open cooperation and the transparent sharing of data and information from virtually every Ministry of the Government of Uzbekistan.