Director of ISIS Eldor Aripov: “Mazar-i-Sharif – Peshawar: a corridor to the new future of Central and South Asia” 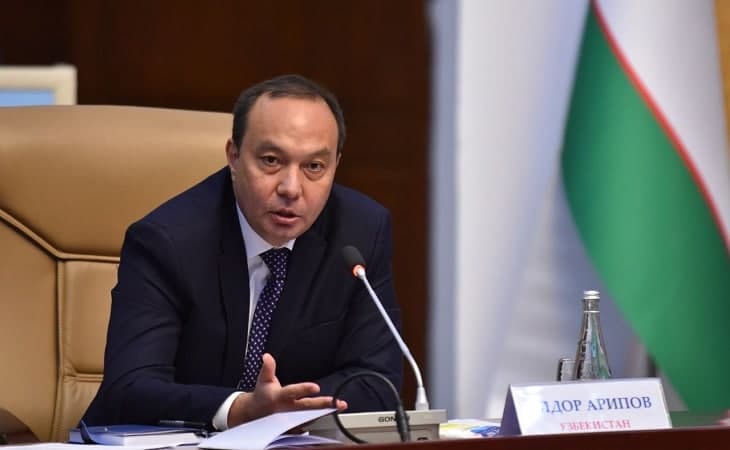 Director of ISIS Eldor Aripov: “Mazar-i-Sharif – Peshawar: a corridor to the new future of Central and South Asia”

On February 2, Tashkent hosted a landmark event for the future of Afghanistan and the entire region. It was the first trilateral meeting of Uzbekistan, Afghanistan and Pakistan on the implementation of the project for the construction of the Mazar-i-Sharif-Kabul-Peshawar railway.

The exceptional importance of this meeting is due to many reasons. First of all, a solid trilateral consensus was reached on the need to build a trans-Afghan highway. Moreover, a joint Action Plan ("Road Map") for the construction of the Mazar-i-Sharif - Kabul - Peshawar railway was developed and signed. In March it is planned to start carrying out geodetic, hydrogeological and topographic studies along the route of the road. By May, the parties expect to prepare a feasibility study and develop mechanisms for financing the construction of the highway. In other words, an important step forward has been made towards the implementation of the “project of the century” for the region, as many media have already called it.

Russia, China and the United States expressed support for the project. Representatives of the World Bank, ADB, EBRD, EIB, IDB, AIIB, International Development Finance Corporation have shown interest in building a railway in the Peshawar direction. In this situation, the question of the source of funding should not become an insurmountable problem.

The meeting in Tashkent and its results actually mark the launch of an absolutely new paradigm of regional development. Afghanistan, a connecting link between Central and South Asia, is becoming a symbol not of the next stage of military confrontation, but of mutually beneficial interregional cooperation.

Afghanistan, which for many years played the role of a buffer, a watershed in the global confrontation between global powers and regional centers of power, is now trying on a new consolidating mission, bringing the positions of different players closer together on the basis of common trade, economic, transport and communication interests.

This trend is just beginning to gain momentum. Peace in Afghanistan is not yet a fait accompli, but it no longer seems unattainable.

In these conditions, it is important to recognize in time the new strategic opportunities that are opening up, not to miss the chance to use them, to intensify dialogue on them with all interested regional countries and external forces.

From the standpoint of the Central Asian countries, the Trans-Afghan corridor will open a completely new and shortest path to the promising markets of South Asia.

The vast opportunities for economic engagement with South Asia are driven by the region’s macroeconomic performance and growth dynamics. With a combined population of 1.9 billion people (¼ of the world) and a GDP of 3.5 trillion dollars, South Asia is the fastest growing region in the world (up 7.5% per year).

Today, the region’s contribution to global growth is 15%, and by 2040 it may increase to over 30%. While maintaining the outstripping growth dynamics, South Asia should become the new locomotive of the global economy.

That is why it is absolutely incorrect to compare the Mazar-i-Sharif-Peshawar project with the Mazar-i-Sharif-Herat route. Corridors in the direction of Iranian ports, more precisely the port of Bandar Abbas, already exist, and transportation along them has been established. Today, Uzbekistan’s foreign trade cargo is delivered to Bandar Abbas (in the future and to Chabahar) via three rail and two road routes.

Last year, despite the coronavirus pandemic, transit in the Iranian direction increased by 5%, and by rail - by 31%.

Unlike the highway to Peshawar, which will provide a completely new transport and transit vector for Central Asia, the road to Herat with a further exit to Chabahar will only expand the available opportunities.

The construction of the trans-Afghan corridor will also diversify transport flows in Central Asia. Since the arsenal of the countries of the region will already have two routes to the southern seas. On the one hand, there are already existing corridors to the ports of Chabahar and Bandar Abbas, on the other - "Mazar-i-Sharif - Kabul - Peshawar" with subsequent access to the ports of Karachi and Gwadar.

This alignment will contribute to the formation of a more flexible pricing policy in Iran and Pakistan. This, in turn, will also significantly reduce export and import costs.

From the position of the South Asian countries, the commissioning of the Mazar-i-Sharif - Kabul - Peshawar railway route will significantly reduce the delivery time of goods to Central Asia, the CIS and Europe.

For example, if the project is fully implemented, the transportation of goods from Pakistan to Uzbekistan will have to spend not 35 days, but only 3-5 days. Instead of a journey of almost a month, the journey will take less than a week. The difference is enormous, to say the least.

The more attractive cost of cargo transportation is also what distinguishes the Pakistani route from the Iranian one. According to preliminary expert estimates, the cost of transporting a container from Tashkent to Karachi will be approximately US$1400-1600, while on the Tashkent-Bandar-Abbas route - US$2600-3000. That is almost 1.5-2 times less.

But that’s not all. Continuing this logical chain, we can already predict that an increase in the profitability of transportation will automatically contribute to an increase in freight traffic, and hence trade.

The provision through Uzbekistan of transit of goods from India and Pakistan to the CIS countries and Europe is estimated at 3-4 million tons per year.

The launch of the Mazar-i-Sharif-Peshawar railway will also create a powerful platform for achieving inclusive economic development in Central and South Asia.

The Mazar-i-Sharif-Peshawar project will also contribute to the expansion of the transport and communication network within Afghanistan.

Moreover, the Mazar-i-Sharif-Peshawar line will become part of the broader infrastructure connectivity of Central and South Asia.

The highway between Mazar-i-Sharif and Kabul already passes along this route, power lines from Uzbekistan and Tajikistan are stretched, leading to the capital of Afghanistan.

In addition, the CASA-1000 power line will also be extended along this corridor, which will connect Central Asia with the energy markets of Pakistan and India.

The availability of the existing infrastructure and proven routes is another advantage of the Mazar-i-Sharif-Peshawar project over the railway route to Herat. Since the railway line in the Iranian direction will have to be drawn through the completely undeveloped territory of Afghanistan, where there are absolutely no communications.

At the same time, the assessment of the project’s prospects only from an economic point of view is not entirely correct. The construction of the Trans-Afghan highway should be seen as part of efforts to bring peace to Afghanistan.

Large economic and infrastructure projects, such as the construction of the Mazar-i-Sharif-Peshawar road, can act as a rallying point for all parties interested in a peaceful settlement of the Afghan crisis.

The implementation of such projects and the receipt of economic benefits from them will increase the interest of both the participants in the inter-Afghan conflict and external forces in a peaceful settlement of the Afghan crisis and an early stabilization of the situation. And with financial benefits, you will come to the realization that trading is much more profitable than fighting. A regional consensus built on this truth will be far stronger than any political agreement or geopolitical deal.

Therefore, by supporting the establishment of Afghanistan as a bridge connecting Central and South Asia, we are solving not only socio-economic and transport-communication problems, but also making a significant contribution to ensuring regional security and stability of these regions.