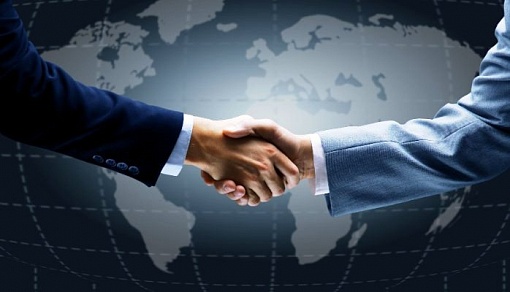 Current economic conditions pose new challenges to developing countries. The global economy has made the world open to goods from any country, with quality and efficiency as criteria for passing.

Uzbekistan has been actively promoting its products in foreign markets, using unique mechanisms of co-operation of production facilities with flagship foreign partners. Dozens thousands of participants and visitors of the Tenth International Industrial Fair and Cooperation Exchange have made sure in the success of this process.

Competition has been the most important indicator of success of economic model in any country, as it ensures a steady progress of production industries and release of goods at the level of international standards. For Uzbekistan, where monopoly was established in virtually all sectors in the 90es of the last century, it was vital to create all conditions for the development of private business. To do that, the country triggered de-monopolization and privatization processes at state-owned enterprises, which have resulted in a significant increase in the number of companies that operate and compete with each other in the market. Besides, de-monopolization has ‘opened’ the market, built and developed the competitive environment, which has ensured effective use of resources, improved quality of products, works and services, and fair market prices.

Сooperation has always played a special role in the development of the domestic market and enhancement of its competitiveness. In order to develop competition between manufacturers, the government has created conditions that stimulate foreign investors to invest in the domestic market, as well as provided domestic manufacturers with certain privileges and preferences in establishing the production of new goods and components that are not produced in the country. As a result, cooperation and localization have turned into drives of the national economy in the short term, retaining the country’s GDP at the level of no less than 8% over the last 15 years.

Today, the major strategic task comes to optimal consolidation of cooperation ties that would help enhance the production of competitive goods, promote efficient and rational use of foreign exchange reserves, bolster stability on the domestic market, and boost the growth of small businesses in the manufacturing sector. All this together would allow the economy to develop and grow, providing the population, on the one hand, with high-quality low-cost domestic products, and on the other, increasing purchasing capacity and incomes.

It stands to reason that for a decade Uzbekistan has been holding the largest exposition event in the industrial sector – the International Industrial Fair and Cooperation Exchange (IIFCE). It is one of the main mechanisms for stimulating the real sector for projects on modernization, cost reduction and optimization of production through the introduction of innovative technologies and up-to-date equipment.

With the foundation of IIFCE, enterprises of Uzbekistan have received an opportunity to not just present their products nationwide, but also learn about technical innovations and new products, achievements of related industries and businesses, and identify the needs in materials and components for short term. It is a good opportunity to find a reliable long-term partner, sign contracts and develop a portfolio of orders for the supply of own production for the year to come.

The effectiveness of the event, which largely reflects the positive outcomes of ongoing economic reforms, has been growing year by year. That is why the number of regional and sectoral trade fairs has been expanding in quality and quantity, as well as the number of contracts, including export ones.

Over the past decade, the range of exhibited products has exceeded 20,000, the number of participants has increased seven-fold, contracts concluded – by 11 times. In 2015, IIFCE was attended by representatives of more than 1,300 companies from 55 countries. The contracts signed were valued at $8.3 billion.

IIFCE-2016 presented over 2,500 enterprises, companies, organizations and small businesses of Uzbekistan with their products, and more than 1,300 foreign participants. They demonstrated more than 24,000 kinds of finished products, components and materials of mechanical engineering, automotive, electrical, construction, metallurgy, chemical, oil and gas, food and light industries, pharmaceuticals.

This year, the territorial industrial fairs started in the second half of March and continued until June 14 in regions of the country as the first stage of the event. At the same time held in Tashkent branch industrial fair in which small and large businesses had the opportunity to present their products and familiarize with the technical innovations of production, achievements related industries and businesses, to identify the needs for the near future in the produced materials and components. Upon completion of regional events, participants concluded agreements on the development of new types of industrial products.

Industrial expositions were held concurrently in Tashkent: small and large businesses had the opportunity to present their products and learn about innovations in production engineering, achievements of related industries and businesses, identify the needs in materials and components for the near future. Upon completion of regional events, participants concluded agreements on the development of new types of industrial products.

At the second stage, the International Industrial Fair and Cooperation Exchange, those contracts were transformed into supply agreements, as part of portfolio of orders for next year. Between the two stages, enterprises worked on production of new types of products and pilot batches, as well as reconciled technical specifications with customers and brought them to the required quality.

The economy of Uzbekistan possesses high capacity for further expansion of cooperation ties between small businesses and industrial companies. There is a simple proof: the volume of import-substituting production has grown 220 times owing to the localization programs that have been implemented since 2000.

At the International Industrial Fair and Cooperation Exchange – 2015, the Uzbek side signed contracts for 2016 for the development of production and delivery of previously imported products for 2.1 trillion soums (currency rates of CB RU from 07.11.2016, 1$= 3102.18 soums). That has allowed reducing imports by $637.5 million in the leading sectors of the economy in the current year.

IIFCE participants see the program of localization as an important contribution in increasing exports, expanding the map of deliveries, and increasing the share of high value-added products. In the first nine months of the current year alone, domestic enterprises manufactured localized products for more than 4 trillion soums with 1.5 times increase YOY, the estimated effect of import has exceeded $1.3 billion.

Uzbekneftegaz National Holding Company ranks among the most active participants of the event. Its incorporated companies signed more than 800 contracts for procurement of import-substituting products and provision of production services for over 1.8 trillion soums, which is 30% more YOY.

The stand of the national airline of Uzbekistan was crowded. Uzbekistan Airways Technics (UAT), Uzaviatekhsnab, Uzaeronavigatsiya Center and the Specialized Air Works airline (SAR) presented their services and needs for supplies and components.

UAT showcased its capacity in maintenance of western-made aircrafts, repair of their components, including composite materials, painting of all types and modifications of aircrafts. Uzaeronavigatsiya Center demonstrated services for air traffic management, technical support for meteorological equipment, provision of communication and air navigation information for organizations and foreign missions.

Uzaviatehsnab exhibited the products of domestic manufacturers that are used by the national airline, as well as the products that are recommended for the development by local businesses.  CAP air company offered transportation services for tourists, aerovisual surveillance and photography, the primary flight training of pilots for AN-2, and conduct of chemical works in agriculture.

Participants were provided with detailed information on passenger and cargo traffic of the airline, its renewed fleet, the operation of a new plant for repair of composite elements of aircrafts and cargo terminal at the international airport Navoi, learned about education and training opportunities for pilots on Full-Flight-simulators for IL-114 and A320.

At the Ninth International Industrial Fair and Cooperation Exchange, Uzbekistan Airways signed more than 117 cooperation agreements, while this year the representatives of the airline signed contracts with more than 125 local and foreign companies and manufacturers.

Incorporating 400 well-equipped textile, sewing and knitting enterprises, O'zbekyengilsanoat Company is another active participant of IIFCE. It has the opportunity to export a wide range of products, from yarn to finished products. Modern design and high quality features increase the attractiveness and competitiveness of its products, allowing occuping a decent place in the international market.

One of the key missions of O'zbekyengilsanoat at the present stage comes to strengthening of international cooperation and involvement of foreign partners in further modernization, technical and technological renovation of production, widespread promotion of domestic products to international markets, implementation of innovative projects to raise the light industry of Uzbekistan to a drastically new level. The International Industrial Fair and Cooperation Exchange – 2016 will undoubtedly contribute to the implementation of large-scale projects as a platform for the world's flagship manufacturers to develop mutually beneficial relations with Uzbekistan.

According to experts, the development of cooperative ties will be a powerful factor for the stable operation of enterprises and branches of Uzbekistan's economy, job creation, employment and income growth in the next few years. Hence, the role of the International Industrial Fair and Cooperation Exchange will keep growing, especially in terms of involvement of private entrepreneurs in the cooperative process. Today, the state provides technical and advisory support on the participation in the event to many small businesses, helping them to deliver their products from the regions, organizing meetings with credit and leasing organizations, representatives of major industrial giants.

A more effective cooperation with major industrial giants is a chance for small businesses to expand production and product range, apply innovations and improve product quality. That will ultimately contribute to the dynamic development of the domestic industry, catalyze modernization processes and, most importantly, raise incomes and welfare of the population of Uzbekistan.