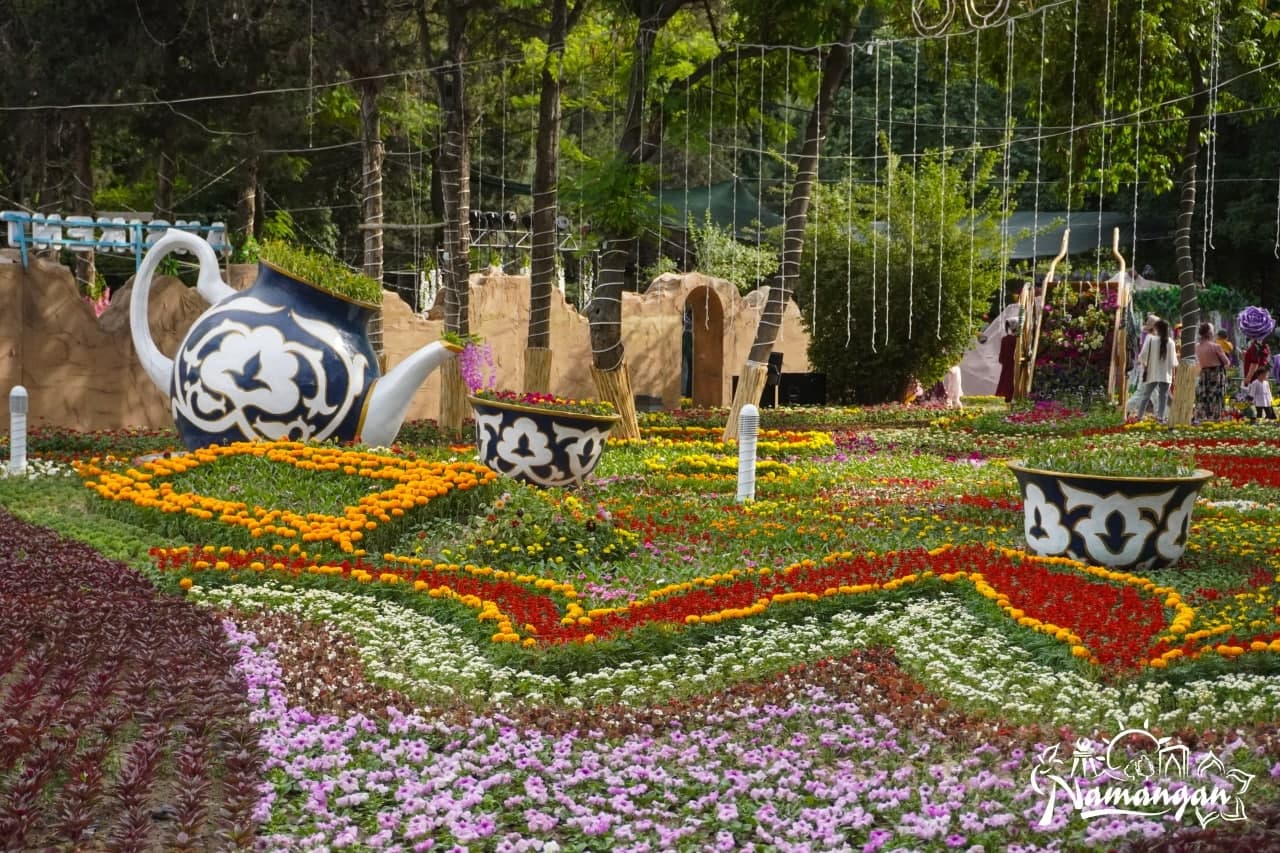 On May 23, the 60th International Flower Festival started in the city of Namangan, Republic of Uzbekistan.

During the week, wonderful and unique events await guests - a flower parade and exhibitions, master classes in floriculture and landscape design, performances by folklore ensembles and Uzbek pop stars, exhibitions of folk crafts and folk art.

The event is expected to be attended by more than 150 entrepreneurs-florists, as well as more than 300 amateur flower growers. This year, for the first time in the history of the festival, 10 million flower seedlings are expected to be planted.

The event kicked off with a floral car parade. A colorful convoy of more than 150 vehicles, cars and motorcycles, decorated with colorful flowers in the form of ornaments, drove through the streets of Namangan. Among them, you can also see combines, tractors, truck cranes.

More than 500,000 guests are expected to attend the flower festival.

Representatives of the diplomatic corps and foreign media accredited in Uzbekistan are invited to the event, as well as delegations from Isparta and Osmangazi (Turkey), Qingdao (China), Incheon (South Korea), Mogilev (Belarus), Punjab (Pakistan), Chelyabinsk and Yekaterinburg (Russia) and Jalal-Abad (Kyrgyzstan).

At the end of the festival, the florists who took the most active part in the event will be awarded with valuable gifts, including cars.

It should be noted that, since ancient times, people were fond of flowers in Namangan. So, in the XVII-XVIII centuries, in the eastern part of the modern park of culture and recreation named after Zahiriddin Muhammad Babur in Namangan, there was a mahalla “Gulzor” (“Flower Garden”), which turned into one of the largest districts of Namangan. Its name suggests that the main occupation of the local population was the cultivation of flowers. The first flower festival in the Namangan Culture and Recreation Park was held on August 19-20, 1961.

The Flower Festival is not only a celebration for all connoisseurs of beauty, but also an opportunity for florists and designers, artisans and landscape specialists to express themselves, exchange experience with colleagues and demonstrate their talent to the general public.