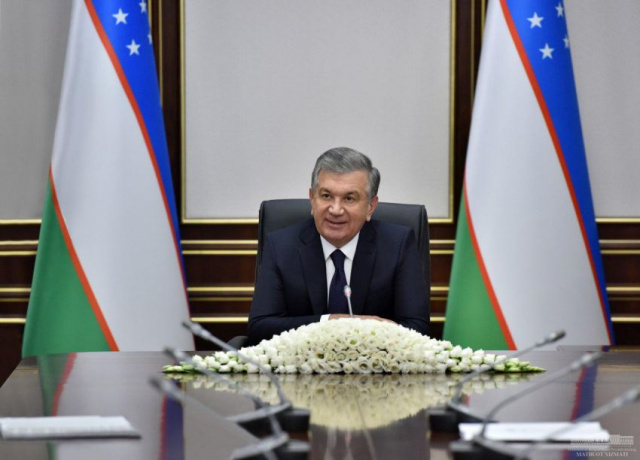 On November 21, President of the Republic of Uzbekistan Shavkat Mirziyoyev held a meeting on priorities in social protection of the population.
It was noted that over the past two years, the number of recipients of social benefits has increased by 1.3 times, the amount of benefits has doubled, the procedure for paying pensions to working pensioners in full has been introduced.
However, a number of problems remain in the sphere, as evidenced, in particular, by 36 thousand complaints related to the appointment of social benefits received in public receptions over 9 months of this year.
Thus, there are no clear criteria for classifying persons as socially vulnerable categories of the population and their accounting. The concepts of “consumer basket” and “subsistence minimum”, which are an important factor in determining the amount of pensions and benefits, are still not implemented. Orders for free treatment for socially significant diseases do not always reach citizens in need.
A similar situation is observed in allocation of housing to socially vulnerable segments of the population, exemption from parental payment in preschool education institutions. There are also shortcomings in provision of housing and work for children of charity houses, caring for single elderly people, and rehabilitation of persons without a permanent residence.
There is no integrated system coordinating the work in social protection of the population. About 30 government agencies, organizations and commissions deal with these issues. Issues of introducing a completely new system in this area based on international experience were discussed at the meeting.
The need was indicated first of all for identifying and organizing the registration of citizens of socially vulnerable categories, ensuring targeted payments.
The ministries of finance, economy and industry, the State Statistics Committee have been tasked with developing a procedure for calculating the size of the consumer basket and the cost of living, as well as consumption standards with the involvement of experts from international organizations. The importance of introducing these concepts after their approbation in a specific city and region was emphasized.
The Head of the state also instructed to introduce exact criteria (indicators) for classifying the population as socially vulnerable and assigning benefits, form a single register of social assistance recipients. The advantage of the registry will become the unification of these tax authorities, internal affairs, cadastre, civil society, healthcare institutions, pensions, labor, as well as banks and communal services in a single database. As a result, the time for collecting documents will be reduced from the current few days to a few hours, citizens will be able to resolve all issues by contacting one department.
It was noted that social protection should not only be limited to the payment of benefits, but also help to ensure that those in need get on their feet. For example, 80 percent of persons with disabilities can be provided with useful work by creating working conditions appropriate to their capabilities.
The Ministry of Health, the Ministry of Employment and Labor Relations have been instructed to revise the classifier of occupations by disability groups and to create additional opportunities for persons with disabilities to work.
It was instructed to develop a program for social adaptation of youth – children of mercy houses, which also provides them with work.
The President noted the need for reforming the social insurance system, as well as increasing the interest of the population in paying pension contributions through the transition to a three-level pension system.
So, the first level involves the payment of a state pension of the minimum amount. The second is a pension accumulated in a personal account on the basis of a deduction of a certain amount from the employee’s salary with interest at a rate not lower than the Central Bank refinancing rate. In the third case, the person himself determines the amount of contributions to the pension fund.
If this system receives support, citizens, in addition to receiving a state-guaranteed pension, will be able to determine for themselves what amount of pension they will be able to expect when they reach retirement age.
In this regard, the Ministry of Finance was instructed, together with experts from the World Bank and other reputable financial organizations, to develop the concept of pension reform, as well as revise the types of social insurance.
The Head of the state emphasized that reforming the current system using the “shock therapy” method can affect different segments of the population in different ways and instructed those in charge to develop, taking this into account, a social protection strategy for the population until 2030. The task was set to conduct an experiment on a new system of social protection of the population by the end of the first half of 2020 in each region.
Special attention was paid to issues of social support for single elderly people, improving the activities of rehabilitation centers for people without a fixed place of residence.
Concrete measures were identified on the issues discussed at the meeting.
Close